Smith: Reflections on Kuretski's Holding That the Tax Court Is Part of the Executive Branch 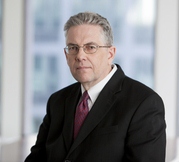 In Kuretski v. Commissioner, No. 13-1090 (D.C. Cir. June 20, 2014), a unanimous panel of the D.C. Circuit rejected a challenge to a Tax Court decision that was based on the argument that the power given to the President by section 7443(f) of the Internal Revenue to remove Tax Court judges for “inefficiency, neglect of duty, or malfeasance in office” is a constitutionally impermissible infringement on the judicial power exercised by the Tax Court.  The D.C. Circuit held that this removal power does not violate the constitutional separation of powers between the executive branch and the judiciary because, in the D.C. Circuit’s view, the Tax Court is part of the executive branch.

This holding undoubtedly has many significant consequences beyond the specific issue in the case.  One very worrisome potential implication is the effect this holding could have on the application of the judicial review provisions of the Administrative Procedure Act when the Tax Court in deficiency proceedings is considering a challenge by a taxpayer to the validity of IRS action such as the issuance of regulations.  The APA judicial review provisions (5 U.S.C. §§ 701 to 706) apply when a court reviews agency action.

If the D.C. Circuit is correct that the Tax Court is a part of the executive branch, then the IRS could argue that these APA judicial review provisions simply do not apply in Tax Court proceedings.  The IRS would then be freed in Tax Court proceedings of being held to the arbitrary and capricious standard of 5 U.S.C. § 706(2)(A), as interpreted by Motor Vehicle Manufacturers Association v. State Farm Mutual Automobile Insurance Co., 463 U.S. 29 (1983), which requires agencies to provide a reasoned explanation for their decisions at the time the decision is made.  This result would be very disturbing, since it would make Tax Court challenges to IRS action much less desirable to taxpayers, who would then be forced instead to pursue refund actions in order to rely on the judicial review provisions of the APA in challenging IRS actions.

Because of this serious negative potential consequence of the D.C. Circuit’s decision in Kuretski, it would be desirable if the taxpayers either seek a petition for rehearing en banc or Supreme Court review.

Pat Smith indicated that you might like a few comments from me as one of the lawyers for the Kuretskis.  Here are a few:

First, the Kuretskis will consider whether to try to bring this case up to the Supreme Court.  Of course, no decision has yet been made, as  the lawyers for the Kuretskis are still digesting the opinion and have not had an opportunity to discuss the opinion with our clients.

Second, the Kuretski's primary reason for seeking cert. would be that they believe that the D.C. Circuit has misinterpreted the holding of the Supreme Court in Freytag and essentially adopted the position of Justice Scalia's Freytag  concurrence that the Tax Court is an Executive agency. They do not believe that Freytag's majority's statement that the Tax Court exercises the Judicial power of the United States is limited to the Appointments Clause only.  This is an issue on which Prof. Samahon is most knowledgeable. ... Prof. Samahon is the author of a law review article in which he raised the constitutional problem litigated in the D.C. Circuit [Blackmun (and Scalia) at the Bat: The Court's Separation-of-Powers Strike Out in Freytag, 12 Nev. L.J. 691 (2012) (more here)].

Finally, the reason for denying review of the late-payment penalty -- that the taxpayers failed to submit a reasonable cause statement under penalties of perjury -- is an argument that neither the IRS nor DOJ ever made in the Tax Court or D.C. Cir..  The Settlement Officer at Appeals in the Collection Due Process hearing considered the penalty issues both through correspondence and conversation (the CDP hearing itself).  I think most tax practitioners will be rather shocked at the unwaivable requirement to submit the statement that Judge Srinavasan announced.