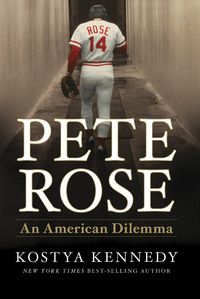 Rose liked giving things to coaches, including, in 1978, Jeeps to nine Reds coaches and trainers, a gift with a value of more than $50,000 that he wrote off on his tax return, saying they were for “services rendered.” When the deduction was denied, Rose sued the IRS, claiming that the coaches were necessary to his success. He testified in court that given his approach to the game, he in particular required coaches and trainers to work long and off hours (early morning treatments, off-day batting practice etc.) He won the case mainly because the jury, as Rose’s lawyer Robert Pitcairn put it, regarded Rose as a “unique athlete.” Rose was delighted that the deduction was restored and made a point of saying publicly that he felt coaches and trainers were too often undervalued and underpaid.