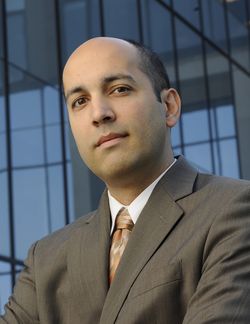 I am one of the professors who serve as counsel for the taxpayers, the Kuretskis.  I wanted to comment on the op-eds by Patrick Smith and Kristin Hickman on the possible consequences of the D.C. Circuit’s opinion from last Friday.

First, Patrick Smith expresses concern that the Tax Court may not be able to conduct Administrative Procedure Act court review of the IRS if the Tax Court, now according to the Kuretski opinion, exercises executive power.  Professor Hickman is skeptical of this effect of the opinion. She notes that congressional statutory definitions may not always jibe with constitutional ones.

Neither of their op-eds, though, included the following passage from the opinion showing what the panel thought about potential collateral consequences on other laws.  Judge Srinivasan wrote:

This dictum seems to lean toward Professor Hickman’s view.

Second, Professor Hickman suggests the Kuretski litigation is one of mere “academic” interest. Obviously, I disagree. Justice Scalia apparently would too. Kuretski reengages the Freytag debate. In that case, Justice Scalia called the majority’s rationale “both wrong and full of danger for the future of our system of separate and coequal powers.” He thought the prospect of presidential removal power over officers exercising the judicial power was problematic.

Many of the Court’s separation-of-powers cases involve statutory powers that could unbalance the Branches subtly today but possibly dramatically in the future in the hands of unscrupulous actors. For example, Bowsher v. Synar, 479 U.S. 714 (1986), concerned a “for cause” removal power held by Congress over the Comptroller General, whose office was long considered to be part of the Legislative Branch and to exercise non-executive functions.  The power of Congress to remove the Comptroller General was limited to the verbatim causes restricting the President from removing Tax Court judges under section 7443(f) – “inefficiency,” “neglect of duty,” and “malfeasance.” In a new statute intended to help balance the federal budget, Congress granted the Comptroller powers to curtail expenditures that the Court held were executive. The Court declared this arrangement unconstitutional, even though the Controller had not yet exercised those executive powers or been threatened with removal by Congress in over 65 years.

We reject appellants’ argument that consideration of the effect of a removal provision is not “ripe” until that provision is actually used.  As the District Court concluded, “it is the Comptroller General’s presumed desire to avoid removal by pleasing Congress, which creates the here-and-now subservience to another branch that raises separation-of-powers problems.”  Synar v. United States, 626 F. Supp. 1374, 1392 (D.C. 1986).  [Id., at 728 n. 5]

A threat of removal has to be on the minds of at least some Tax Court Judges ever since a politically connected attorney called for the President to remove Judge Dawson. “[W]e call on the president, who has the power to remove a Tax Court judge, to immediately institute an investigation on whether such removal is justified.” Sam Young, "Kanter Plaintiffs Call for Investigation of Tax Court Judges", Tax Notes Today, Mar. 8, 2010, at 1181, 2010 TNT 44-1.

Some judges without good behavior tenure have resigned abruptly for reasons that are not always the publicly assigned ones, such as was the case with Judge Albert Fletcher on the predecessor to the U.S. Court of Appeals for the Armed Forces. We may never know with any certainty whether any of the Tax Court judges were ever motivated to retire early by threats communicated privately. (NB: At least one judge did resign abruptly in a way that precipitated comment from colleagues in Tax Court’s decisions.) Moreover, it is rare that the President need ever formally terminate an officer. Removal power casts long shadows, which Bowsher acknowledged as creating an in terrorem disciplining effect “here-and-now” without the need to ever remove. It is more than “academic folderol” to seek judicial invalidation of the removal power.

Finally, I concur with Professor Hickman’s observation that the Kuretski panel’s clause-bound interpretation of the Appointments Clause doesn’t withstand scrutiny. The Freytag majority thought it was engaging in a whole Constitution analysis of what counted as a part of “the Courts of Law,” not a clause-bound exercise. The majority did not think one set of separation-of-powers principles inhered in the excepting provision of the Appointments Clause and another in the rest of the document when it said that “the separation-of-powers concept” was “embedded in the Appointments Clause.” Indeed, to understand the meaning of “the Courts of Law,” Freytag considered the Constitution’s “cognate provisions.” The Court thought it was passing on the Tax Court’s constitutional status in light of the entire document. As Justice Blackmun said, “[w]e now examine the Tax Court's functions to define its constitutional status and its role in the constitutional scheme.” In case that was unclear, he spelled it out:

“The Tax Court exercises judicial, rather than executive, legislative, or administrative power….By resolving these disputes, the court exercises a portion of the judicial power of the United States.” (emphasis added).

He did not say ‘the Tax Court exercises executive power in a quasi-judicial mode,’ as the Kuretski panel would revise. That would be Justice Scalia’s separate rationale, which was less concerned with what the officers functionally did than what the formal characteristics of the offices were. If this tautological approach to the separation-of-powers is unsatisfying (i.e. “it must be executive power if done by an executive officer”), then Kuretski presents important questions worthy of further consideration.