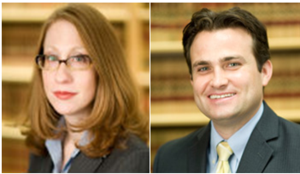 Friday’s decision in Kuretski v. Commissioner is perhaps the first major opinion penned by Judge Sri Srinivasan—a recent Obama appointee considered by many to be on the short list for the Supreme Court.  In a well-written opinion, the D.C. Circuit rejects a constitutional challenge to the President’s removal power of judges on the United States Tax Court.  To reach this conclusion, the court has to grapple with the Tax Court’s puzzling position in the modern administrative state, concluding that the Tax Court is not an Article III (judicial branch) court but a court established under Article I (legislative branch) that actually exercises Article II (executive branch) powers.  Or as Judge Srinivasan writes (at 20) for the court:

No doubt many tax and administrative law professors will weigh in on the constitutional issues (early coverage here, here, and here).  Here, however, we focus on Kuretski’s impact on the relationship between the Tax Court and the Administrative Procedure Act (“APA”).  Patrick Smith, for instance, worries that Kuretski could open the door for the argument that “APA judicial review provisions simply do not apply in Tax Court proceedings.”  But we agree with the contrary position reached by Kristin Hickman (Minnesota) and write separately to show our math for this conclusion.

At the outset, it is important to underscore that Smith’s worry is already a reality.  As we explain in a forthcoming paper, The Death of Tax Court Exceptionalism, 99 Minn. L. Rev. ___ (2014), the Tax Court has declared that “[t]he APA has never governed proceedings in the Court (or in the Board of Tax Appeals).”  In other words, the Tax Court refuses to apply the APA’s default standard (abuse of discretion) and scope (administrative record) of review.  Instead, it considers the default in both contexts to be de novo, and only departs from de novo review when it determines that the Internal Revenue Code suggests more deferential review.

The Supreme Court’s decision in Freytag is illustrative.  There, the Court rejected an Appointments Clause challenge to the Tax Court Chief Judge’s ability to appoint special trial tax judges.  The Appointments Clause allows Congress to vest appointment powers of such inferior officers in one of three entities: “in the President alone, in the Courts of Law, or in the Heads of Departments” (U.S. Const., Art. II, § 2, cl. 2).  The parties in Freytag advanced competing interpretations: the Tax Court is an executive department where the Chief Judge as Department Head has power to appoint inferior officers or, alternatively, neither an executive department nor a court and thus constitutionally forbidden from appointing inferior officers.  The Freytag Court rejected both positions and instead held that the Tax Court is a “Court[] of Law” under the Appointments Clause.  Importantly, the Court noted that “[t]he text of the Clause does not limit the ‘Courts of Law’ to those courts established under Article III of the Constitution” and that “[t]he Tax Court exercises judicial, rather than executive, legislative, or administrative, power.”

Similarly, although Kuretski’s conclusion (at 20) that the Tax Court “exercises its authority as part of the Executive Branch” may be in tension with Freytag, it should have no bearing on the APA’s definitions of “agency” and “reviewing court.”  Indeed, Kuretski’s reasoning suggests as much (at 20-21):  “[W]e conclude that the Tax Court’s status as a ‘Court of Law’—and its exercise of ‘judicial power’—for Appointments Clause purposes under Freytag casts no doubt on the constitutionality of the President’s authority to remove Tax Court judges.”  As a matter of statutory interpretation, Congress can define “court” differently for APA purposes than the Constitution does for appointment or removal purposes.  “After all,” as Hickman points out, “if the Affordable Care Act penalty can be a tax for constitutional purposes and yet not a tax under § 7421(a) of the Internal Revenue Code (see NFIB v. Sebelius), then the Tax Court surely can bear varying labels for different purposes as well.”

If there were any lingering doubts about the impact of Kuretski on the Tax Court’s relationship to the APA, Judge Srinivasan puts them to rest—albeit in dicta—near the end of the opinion.  Citing a district court decision that held that the Tax Court is a “court of the United States” and not an “agency” for purposes of the APA, he notes (at 26) that “Congress, in establishing those entities [the Tax Court and the Court of Appeals for the Armed Forces] as a ‘court’ rather than an ‘agency,’ perhaps also exempted them from statutes that apply solely to executive ‘agencies.’”