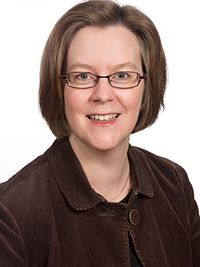 For decades, the Supreme Court and nearly everyone else have regarded statutory for cause removal provisions as protecting government officials from presidential influence.  The D.C. Circuit was never going to turn that understanding on its head by finding Tax Court judges impermissibly influenced by the for cause removal provision of 26 U.S.C. § 7443(f).  Still, in Kuretski, the D.C. Circuit managed to turn a creative but relatively specious argument into an opportunity to say something fun and academically interesting, if ultimately not too practically consequential, about the Tax Court and separation of powers principles.

The courts have always struggled a bit with how to characterize governmental entities that do not fit neatly into one or another of the three traditional branches of government recognized by the Constitution.  Regarding the Tax Court, in Freytag v. Comm’r, the Supreme Court divided 5-4 over whether the Tax Court was a Court of Law that exercises judicial power or a Department that exercises executive power.  Almost 25 years later, in Kuretski, the D.C. Circuit now maintains that the Tax Court does not exercise “the judicial Power of the United States” under Article III of the Constitution but rather the inherently executive power to use adjudication to resolve certain public rights issues.  The D.C. Circuit’s reasoning is more consistent with Justice Scalia’s concurrence rather than the majority’s opinion in Freytag.  Hence, the Kuretski court sought to distinguish Freytag as (1) concerning the Appointments Clause rather than the President’s removal power and (2) “us[ing] the phrase ‘judicial power’ in ‘an enlarged sense’” rather than the more limited Article III variety.  The latter seems the more plausible basis for distinguishing Freytag, though both are a stretch.  Yet, probably because these cases do not come around too often and times change, the Supreme Court is not known for its consistency regarding either the Appointments Clause or the removal power in any event.

Assuming the D.C. Circuit’s characterization of the Tax Court holds, what might be the consequences?  Respectfully parting ways with Pat Smith, my own best guess is, not much.  Labeling the Tax Court as a court of law for Appointments Clause purposes and an executive agency for removal purposes says nothing about how the D.C. Circuit or any other court will treat the Tax Court for Administrative Procedure Act or other statutory purposes.  After all, if the Affordable Care Act penalty can be a tax for constitutional purposes and yet not a tax under § 7421(a) of the Internal Revenue Code (see NFIB v. Sebelius), then the Tax Court surely can bear varying labels for different purposes as well.  And a court that isn’t in a hurry to judge the Tax Court unconstitutional may feel very differently about applying statutory limitations to IRS administrative actions.  In sum, Kuretski was probably fun for a law clerk to help write and undoubtedly will be fun for law professors to argue about, but I do not expect much more from it than that.