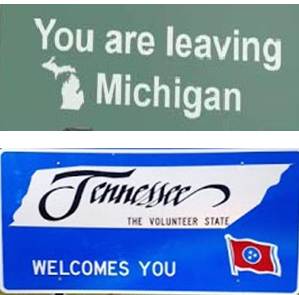 San Diego Chargers tight end Antonio Gates was as surprised as anyone when he found out that his offensive coordinator, Ken Whisenhunt, decided not to pursue the Detroit Lions’ head coaching job. And Gates has a pretty good idea why Whisenhunt took the Tennessee Titans’ job instead.

“I just knew he was coming here,” Gates, a Detroit Central product, said Thursday, while in town to watch his cousin, boxer Tony Harrison, fight tonight at Cobo Center. “But he took the job in Tennessee, which was a shocker to me. I think the state income tax had an impact on that. That’s my personal opinion.”

Tennessee doesn’t have a state income tax. Michigan does. The difference would be a sizable savings on a coach’s multimillion-dollar deal. In fact, Gates even texted Whisenhunt after he took the Titans job and said that he couldn’t fault his financial decision.

I told him, ‘You went out there, and they have no state tax. You got a bigger house. You saved more money,’” Gates said. “I said, ‘That’s a smart decision.’