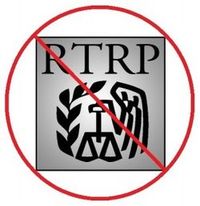 In February 2014, the D.C. Circuit unanimously held that the IRS lacked the statutory authority to regulate tax return preparers.  Loving v IRS, No. 13-5061 (D.C. Cir. Feb. 11, 2014).  For an extensive analysis of the decision, see this TaxProf Blog op-ed by Steve Johnson (Florida State).

[T]he IRS had started a mandatory program of education and testing for unregulated tax return preparers who did not have professional credentials. But we had to suspend that program because the courts ruled that we didn’t have the legal authority to require education and testing. So we’re launching a voluntary program as a temporary substitute. It’s called the Annual Filing Season Program.

I say “temporary” because we have been urging Congress to enact a proposal in the President’s Fiscal Year 2015 Budget that would give us the authority for mandatory oversight of return preparers. This voluntary program is not the ideal solution. But until legislation is enacted, we still have a responsibility to taxpayers and to our tax system to keep moving forward with our efforts to improve service to taxpayers.

In a 14 page letter to Commissioner Koskinen, the American Institute of CPAs argues that the program is illegal:

We write today to express our strong concern that the IRS’s proposed program—in which tax return preparers would receive an IRS certificate for display in return for completing a continuing education program that includes a comprehension assessment (the “proposed program”)—would cause significant legal problems that may ultimately frustrate the IRS’s goals, confuse the public, and lead to litigation.  ...

First, no statute authorizes the proposed program. The IRS’s general authority to administer the tax code under 26 U.S.C. § 7803 does not provide an adequate basis to proceed. Because federal agencies may act only pursuant to a valid delegation of authority by Congress, the IRS may not implement the proposed program. This fatal flaw cannot be overcome by the IRS. That no statutory provision expressly prohibits such a program does not legitimize an otherwise illegitimate act.

Third, the IRS has evidently concluded, in developing the proposed program, that it need not comply with the notice and comment requirements of the Administrative Procedure Act (“APA”). This is incorrect. ...

Finally, the current proposal is arbitrary and capricious because it fails to address the problems presented by unethical tax return preparers who defraud their clients, runs counter to evidence presented to the IRS, and will create market confusion. ...

We believe that the proposed program is unlawful and improper. We continue to believe that additional regulation of tax return preparers might yield significant benefits and that the IRS can achieve these objectives while remaining consistent with Loving and other statutory limitations on the IRS’s authority.

It's not as though the IRS will give reliable tax preparation information themselves, or stand by information that they do give, as anyone knows who asks.

One of the requirements is that you join the preparers' union, just wait and see.

You know who gets cheated. The taxpayers... they get cheated with $6 billion of invalid EITC tax refunds each year. Many go to illegal immigrants who claim 10 dependents that don't live in the USA. It's a gold mine for the illegals.

Would an "approved by the IRS" certificate necessarily be seen by customers as a positive signal?

I agree that the IRS is acting highhandedly and in its own interests, but let's not over-applaud the CPAs. Their objections are largely counter-competitive: if people can hire an "IRS Certified" preparer to do their taxes, they may feel that they really don't need to pay a lot more for a CPA. Everyone argues in their own interest, which is why power needs to be dispersed.

My biggest concern: I have no confidence that the IRS would not use the ability to "approve" tax preparers to strong arm them into preparing returns more in line with IRS desires rather than actual tax law. Imagine the tax preparer who discovers a legal tax loophole but is afraid of losing his "certification" if he uses it; thus he would not recommend the loophole to his customer's detriment.

Just when did the IRS start to believe that they were above the law?

"we still have a responsibility to taxpayers and to our tax system to keep moving forward with our efforts to improve service to taxpayers"
Here's a taxpayer service for the IRS: produce the subpoenaed emails that many suspect implicate Ms. Lerner and her cohorts in felonious use of their positions at the IRS. Or barring that, evidence of their willful destruction.

This voluntary program for unregulated tax preparers has nothing at all to do with CPA's, as CPA's are already regulated. The concern of the CPA's is solely that this program is illegal and improper behavior by the IRS. The IRS must follow the law like all the rest of us. What a concept. The arrogance of the IRS and this administration is breathtaking and should be chopped off at the knees by Congress, the Courts and the voters.

Really? With all the crap on their plates already, the IRS wants a fight with the CPAs? Who's running this airhead outfit? Sigh.

If Congress won't give the IRS power that it wants, then the IRS, with a great degree of gall, will borrow the "phone and pen" from Pres. Obama to make their own laws.