Cronyism Blamed for Half of Univ. of Texas Law School Grads’ Inability to Pass the Bar, Many With LSAT Scores Below 150

Raw Story:  Cronyism Blamed for Half of Univ. of Texas Law School Grads’ Inability to Pass the Bar: 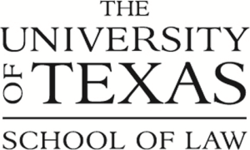 A mushrooming scandal at the University of Texas has exposed rampant favoritism in the admissions process of its nationally-respected School of Law.

According to Watchdog.org, Democratic and Republican elected officials stand accused of calling in favors and using their clout to obtain admission to the law school for less-than-qualified but well-connected applicants.

The prestigious program boasts a meager 59 percent of recent graduates who were able to pass the Texas bar exam. Those numbers rank UT “dead last among Texas’ nine law schools despite it being by far the most highly regarded school of the nine,” wrote Erik Telford at FoxNews.com.

“Every law school — even Harvard and Yale — turns out the occasional disappointing alum who cannot pass the bar,” said Telford. “In Texas, however, a disturbing number of these failed graduates are directly connected to the politicians who oversee the university’s source of funding.

Watchdog.org, Who Got the 128? UT Law Admits Students With Bad LSAT Scores:

Dozens of students admitted to UT Law in recent years have scores on the Law School Admissions Test, or LSAT, that are below the standards of the lowest ranked law schools in the country, a Watchdog.org investigation into admissions favoritism has found.

Even a score in the 170s with a near-perfect grade point average is no guarantee of admission, as this roster of self-reported scores for UT applicants from lawschoolnumbers.com makes clear. ...

With a score below 150, you’re something of a longshot even at the lowest ranked law schools in the country. The University of La Verne College of Law in California, for example, came in dead last in the peer reputation survey on the 2013 US News rankings of accredited law schools, yet three-quarters of its students scored a 150 or better.

In recent years, UT Law has admitted students not just with LSATs in the 140s, but with scores as low as 138, 137, 136, even 128. Several of them were rejected by other Texas law schools of lesser reputation. A 128 is down at the very bottom 1 percent of test-takers nationwide. It means the person got less than a quarter of the answers correct.

Watchdog.org requested the LSAT scores of 122 UT Law students from four other public law schools in Texas, figuring that most people apply to more than one law school. We obtained scores for 47 people from the other schools, almost all of them with names redacted. Only six of the 47 scores were above 160.

The average high score for the applicants on our lists was 149.7, which is barely good enough for the worst law schools in the country. Even schools like Whittier Law College and Golden Gate University School of Law, which put less than a fifth of their graduates into full-time jobs, expect most of their class to have scores above 150.

A few commenters attacked Watchdog.org’s recent report on the political connections of dozens of students who had failed the bar exam at least twice in recent years, on the grounds that bar failure didn’t prove that the student had poor LSAT scores. The argument, in other words, is that just because somebody failed the bar (twice) doesn’t mean he didn’t deserve his place at UT.

These LSAT scores, however, prove just that. Almost every score we got was somewhere between borderline and horrendous. There were 18-24 scores below 150 and five to six scores below 140. ...

The 122 names we requested came from a database we built to tally the number of times UT Law grads had failed the bar. We requested the LSAT scores of the 90 Longhorns who failed the bar two or more times from 2006-2013. We figured that their struggles to pass the bar — 42 of them never passed — made them the most likely candidates to have benefited from favoritism. We requested the scores of 26 others who passed the bar on a second try, who also either shared a last name with a lawmaker or who had already attained a high-level government job.Then we picked six current UT Law students, five for no reason other than to obscure our interest in the sixth: Jonathan Seliger, son of state Sen. Kel Seliger, who is chairman of the Higher Education Committee. ...

We provide all three lists here (Texas Tech, Texas A&M, TSU) for any additional analysis and comments from readers. ...

Although it’s impossible to say conclusively from this sample whether affirmative action is a factor, as opposed to favoritism to a politician or a donor to UT’s Law School Foundation, we can say that the demographics of our list roughly reflect the state’s demographics.

I remember the same thing happening to Illinois a while back. Illinois took an (undeserved) reputational hit back then and I expect the same to happen to Texas.

Ah. That makes much more sense (particularly in light of the fact that the Feb. bar takers are usually not first time takers).

The 59% stat was from the recent February bar exam, which very few UT students sit for, and which 10 out of 17 first-time testtakers passed.

It looks like these numbers are from over a period of years. Even so, admitting a dozen otherwise unqualified applicants per year wouldn't have much (or any) effect on their 25% numbers as long as the rest of the class has good numbers. Out of a class of 320, the 25% line hits student 80. I don't have access to the Official Guide from earlier years, but there are a few outliers in their 2012-2013 admissions. Nine students had under a 155 LSAT. One had under a 150 LSAT and a GPA under 3.5.

Still, the presence a small number of these students in the incoming class doesn't explain the large bar failure rate. The school admits 320 students a year, so even if ten are unqualified for admission and destined to fail the bar, that should only account for 4% or so of the 41% that failed. Given the pretty strong correlation between bar passage rate and LSAT score, this seems to indicate that either (a) the school's numbers are fishy someplace, or (b) they are doing a particularly abominable job of preparing their students to be ready for the bar.

I disagree with Morse and JM that this means UT misreported. UT admits something like 320 students a year. That means that have approximately 80 students each year below the 25th percentile -- they never report exactly how far below. It does not matter if these folks have a 162 or a 128 on the LSAT -- the 25th percentile will remain what it is.

That's one heck of a story! If verified, that's some pretty damning stuff about UT Law. However, it should probably be noted that watchdog.org is a project of Franklin Center for Government and Public Integrity, which in turn is 95% funded by DonorsTrust, which is primarily funded by David and Charles Koch, so if that isn't the sort of thing that floats your boat, then perhaps this study isn't, either. It may help explain the article's last-second swerve to affirmative action somehow being the culprit, though.

This still makes no sense. Texas has terrific lower 25% numbers for both GPA and LSAT. For the class of 2013, they should have been something like 164/3.5. }Students like that deserve to be in the school and don't consistently fail the bar exam.

Either Texas is committing fraud in reporting stats, or they are taking in tons of transfers. Otherwise it just makes no sense.

How do they maintain the median LSAT needed to remain a T14 if they admit "dozens" of under-qualified people?

Oh wait, it's a law school. They could always just lie to U.S. News if they find it expedient.