Bard: Why Every Law Professor Should Read Elizabeth Warren's Book 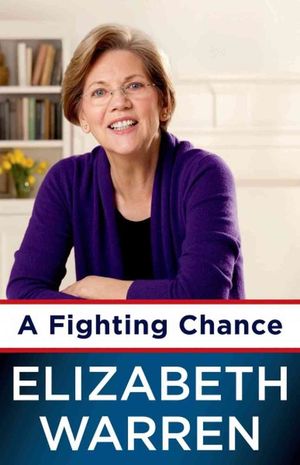 There are a lot of reasons why law professors should read Senator Elizabeth Warren's recently published memoir--A Fighting Chance. ... I look forward to discussing how critical it is for the future of legal education that Senator Warren succeed in convincing her colleagues of the need to reform the way higher education is financed.   Whether she herself has the best plan for fixing student loans—well different people have different views-including just eliminating them.   But unless we can stop the ever increasing cycle of debt that is making our students’ lives so difficult, any of the important changes that need to be made in legal education risk being about as effective as bailing out a sinking boat with a bucket that itself has a hole in it.

As I will elaborate later, I’m very optimistic that we can all create a program about which students can say 5, 10, 15 years later that they are better off for having gone to our law school.  But we’re probably not there now.  Rather, we are in a situation similar to being attacked by a hive of bees.  Every individual bee, lack of job opportunities, bimodal salary distributions,  drop in state support for public institutions, lack of transparency about student outcomes, out dated curriculums, disconnect between the classroom and the practice of law, imposition of a value system that drives law students into disproportionate levels of depression that may well follow them  throughout their careers, is capable of inflicting painful or even lethal stings.   But the breach in the hive comes from a level of student loan debt that cannot be supported by any reasonably obtainable career path.  It’s not a perfect metaphor—student loan reform is necessary but not sufficient to developing a legal education that better prepares our students for the important role they will play in society.

Elizabeth Warren's advice to anyone lacking job opportunities would be to claim that you're of American Indian ancestry. -- Elizabeth Warren Challenged to Release Records in Native American Ancestry Controversy

Michael -- Judging from the conservatives I know, I would say yes.

Am I the only conservative who has a crush on Elizabeth Warren?