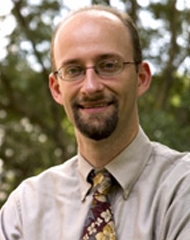 We examine for the first time the elasticity of fundraising effort by nonprofit firms to changes in the tax-price of giving faced by their donors. Prior efforts to examine the effects of tax policy on charitable giving have focused on donor behavior, overlooking the possibility that fundraising efforts by firms may partially confound the observed effects. We employ data from a large panel of Form 990 tax returns filed by charitable organizations to study jointly the effect of tax changes on fundraising, donations, and other outcomes. Overall, we find an average elasticity of fundraising to the tax-price of giving of about -1.8, and an elasticity of charitable output to tax price of about -.73. We also find some evidence that charities facing lower subsidy rates substitute towards other sources of revenue. We argue that these results may imply that the charitable contribution deduction is effective for different reasons than prior research has suggested. For example, the negative elasticity of fundraising implies that a significant portion of each dollar in increased donations is used to pay for fundraising, not charity. The modest elasticity of real charitable output to tax price implies that tax subsidies may simply crowd out other revenue sources, such that the efficacy of the subsidy depends on the relative efficiency of these alternative sources.