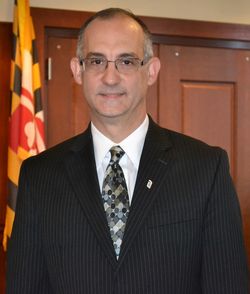 Tobin comes to UMB from Ohio State University where he was the John C. Elam/Vorys Sater Professor of Law at the Michael E. Moritz College of Law. During his 13 years at the Moritz College of Law, Tobin held numerous academic appointments that include: Founding Co-Director of the Program on Law and Leadership, Associate Dean for Faculty, and Associate Dean for Academic Affairs.

Professor Tobin’s' scholarly work has earned him national recognition as a leading expert on the intersection of tax and campaign finance laws. His publications include law texts on federal income taxation and tax ethics, along with articles on campaign finance disclosure and taxation of political organizations [including, most recently, The 2013 IRS Crisis: Where Do We Go From Here?, 142 Tax Notes 1120 (Mar. 10, 2014)]. ...

Tobin has strong Maryland ties. A native of Columbia, Md., and a graduate of Oakland Mills High School, Tobin received his JD degree from the Georgetown University Law Center. He served as a legislative aide for U.S. Senator Paul Sarbanes (D-Md.), and was a staff member of the Senate Committee on the Budget specializing in tax and budget issues. He also served as an appellate staff attorney for the U.S. Department of Justice Tax Division. Tobin is a member of the Maryland Bar, as well as the bars of the Maryland Court of Appeals, U.S. District Court for Maryland, and the U.S. Supreme Court.