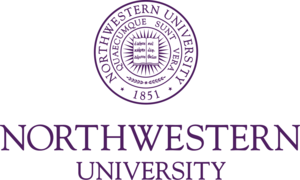 Northwestern football players won the right to unionize on Wednesday, but the potential tax implications alone could immediately kill the idea.

Much of what was argued in the National Labor Relations Board testimony is in direct opposition to why scholarships aren't being taxed today.

"It appears like the case brought forward by the players focused on things other than the potential tax implications," said Garrett Higgins, a partner at O'Connor Davies in the firm's Exempt Organization Tax and Advisory Services group. "The fact that the players were not considered employees in the past is essentially the reason why their scholarship or parts of it weren't taxed before. The IRS may be able to make the argument that the scholarship is really payment for services, and therefore compensation, and is now taxable to the athlete." ...

If Northwestern players did form a union and they were taxed, it's not clear exactly what they would be paying tax on. If, for example, their entire scholarship was deemed taxable, the athletes would be paying at least $15,000 in federal tax alone on the $61,000-a-year scholarship. One athletic director in a major conference, who requested anonymity, speculated that the value the players received from the training table, travel and even coaching could be taxed.

Section 117 of the Internal Revenue Service code provides that "gross income does not include any amount received as a qualified scholarship by an individual who is a candidate for a degree at an educational organization" as long as that money goes towards educational expenses. An IRS rule that was established in 1986 stated athletic scholarships are no different than financial aid or academic scholarships with respect to the tax code.

But if the players are defined as employees, the limitation of the code could come into play. The code notes that the exclusion "shall not apply to that portion of any amounts received which represents payment for ... services by the student required as a condition for receiving the qualified scholarship."

Why would coaching be included in taxable income? We do not include the coaching pro-players get into their income. If the student-athletes are employees just like their pro counterpart I do not see why they would be treated different in regard to the coaching.

I also see this argument as such a red herring. I paid tax on my income during college and it did not crush me. Actually, I may not have paid tax on all of it since I was paid mostly in tips. Shh!!!!

But what about the Regs? Teas. Reg. 1.117-2(a)(1) states, in part: "Payments for such part-time employment shall be included in the gross income of the recipient in an amount determined by reference to the rate of compensation ordinarily paid for similar services performed by an individual who is not the recipient of a scholarship or a fellowship grant." The NLRB ruling stated that non-scholarship football players ("walk-ons") are not employees because they do not receive a scholarship. But they still perform the same services as the scholarship athletes and yet they are paid $0 for such services. Thus, doesn't the regulation state that even if the scholarship players are employees performing services, their income is $0 since that is what non-scholarship individuals providing the same services are paid?

As long as the NCAA enforces scholarship limits, it's hard to imagine many schools agreeing to the 4-year guaranteed scholarships. Otherwise, if five players suddenly decide they don't want to play any longer, the team/school would be at a five-player (i.e., five-scholarship) disadvantage for as many as three seasons.

"I am no longer homeless, but damn it! I have to pay rent now". If they get paid ANYTHING NEAR what they're worth, this isn't an issue

I am a co-author of The Myth of the Student-Athlete: The College Athlete as Employee, a 2006 Washington Law Review article that argued athletes in revenue-generating sports at private NCAA Division I colleges and universities should be considered “employees” under the NLRA and should be allowed to bargain their working conditions collectively. I have also been a tax professor for the past 20 years.

For many years, athletic scholarships at Division I colleges and universities have required athletes to provide athletic services as a condition for receiving their aid. Under the rules of the athletic grant-in-aid, if the athlete violates team rules or withdraws from the sport, the university has the right to cancel the aid immediately. This is exactly the situation described in section 117(c)(1) which treats the scholarship as income where services are required as a condition for receiving the scholarship. Consequently, under the statute, one can argue that athletic scholarships should have been subject to taxation all along. The 1977 Revenue Ruling provides no relief because that ruling assumes the scholarship will continue even if the athlete stops playing his sport which is not the case. Despite all this, the IRS has never opted to tax tuition scholarships to athletes. The issue has not been litigated, of course, because no athlete has an incentive to object to the IRS’s failure to tax athletic scholarships.

Wouldn't the universities have just as big a problem for the failure to withhold countless federal and state income and payroll taxes? Not exactly the silver bullet for the universities against the players here.