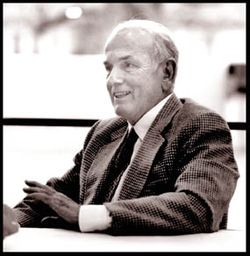 Randolph W. Thrower, a Republican lawyer who headed the IRS under President Richard M. Nixon from 1969 to 1971 before losing his job for resisting White House efforts to punish its enemies through tax audits, died March 8 at his home in Atlanta. He was 100. ...

The end came in January 1971, after Mr. Thrower requested a meeting with the president, hoping to warn him personally about the pressure White House staff members had been placing on the IRS to audit the tax returns of certain individuals. Beginning with antiwar leaders and civil rights figures, the list had grown to include journalists and members of Congress, among them every Democratic senator up for re-election in 1970, Mr. Thrower told investigators years later. He was certain the president was unaware of this and would agree that “any suggestion of the introduction of political influence into the IRS” could damage his presidency, he said.

Mr. Thrower received two responses. The first was a memo from the president’s appointments secretary saying a meeting would not be possible; the second was a phone call from John D. Ehrlichman, the president’s domestic affairs adviser, telling him he was fired.

He agreed to stay on until a replacement could be found, did not voice his concerns publicly about the administration’s growing appetite for prosecuting its putative enemies, and never disputed the White House explanation for his departure — that he had resigned “for personal reasons.”

In White House tapes and memos released in later years, Nixon described the situation differently. “May I simply reiterate for the record that I wish Randolph Thrower, commissioner of the Internal Revenue Service, removed at the earliest feasible opportunity,” he wrote on Jan. 21, 1971, five days before the White House announced that Mr. Thrower was stepping down.

That May, as the administration continued to look for a successor to Mr. Thrower, Nixon made clear what kind of IRS commissioner he wanted. “I want to be sure he is a ruthless son of a bitch,” he was recorded as saying, “that he will do what he is told, that every income tax return I want to see I see” and “that he will go after our enemies and not go after our friends.”

Randolph Thrower, who died last week at age 100, had the rare courage to resist a sitting U.S. president, at the cost of his job.

Thrower was a topflight Atlanta lawyer with Sutherland, Asbill & Brennan, former FBI agent and Marine Corps veteran that Richard Nixon appointed commissioner of the IRS in 1969. For two years, Thrower did his job as fairly as he knew how — among other things — refusing tax-exempt status to private schools that practiced racial discrimination.

Then came the acid test. The Nixon White House wanted to use the IRS to go after its “enemies list” by auditing political opponents and tax-exempt organizations — a la the IRS under the Obama administration more recently targeting tea party and other conservative groups by denying or delaying tax exempt status.

Thrower’s response: “Sure, we’ll audit them — just like everyone else when their names come up through the regular audit selection process.”

Republics don't need evidence of wrongdoing to cry wolf. Any Fox News talking points will do.

Democrats are bereft of honor.

Compare him with Lois Lerner. Day and night. Lerner didn't even need pressure from a president to target her political enemies.

If they give him the epitaph he deserves -- "a lawyer and an honorable man" -- people will think that there are two bodies buried in the same grave.

Hmmm, a jarhead with integrity but I am repeating myself...

Sure wish we had a lot more bureaucrats like Thrower today in ALL levels of government service...

If only they all realized that's all they really are: citizens doing a temporary job. We would be so much better off...

An honorable man.
As such, a rarity in D.C.