Christians & Cockfield: The Implementation of FATCA in Canada 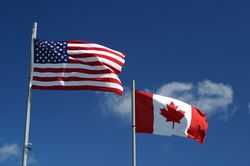 The United States enacted a tax reform in 2010 known as the Foreign Account Tax Compliance Act (FATCA), which will impose an extensive third-party monitoring and disclosure regime on financial institutions around the world in an effort to “smoke out” American tax cheats and expose their undeclared foreign assets to the U.S. Internal Revenue Service (IRS). The flow of information from Canadian financial institutions directly to the IRS that is required by FATCA would violate a number of laws in Canada. Accordingly, the United States has requested changes to these laws. The Canadian government now seeks to accommodate these requests in the form of an “intergovernmental agreement” (IGA) with the United States, which will be enacted into law as the Canada–United States Enhanced Tax Information Exchange Agreement Implementation Act (the Implementation Act) pursuant to a proposal released for comment by the Department of Finance. The Department of Finance invited public comments on these documents. We examined the proposed Implementation Act and the IGA and we find that they raise a number of serious issues ranging from likely constitutional violations to violations of international law. We submit these comments in the hope that they will help lawmakers and the public understand that FATCA, while intended to catch tax evaders, is poised instead to impose serious and unjustified harms on people who live around the world as non-resident U.S. citizens and green card holders, as well as their family members and business associates.