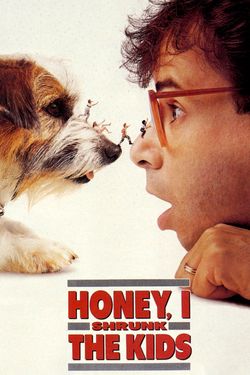 Some law schools fared much worse than others as enrollment declined last year, according to data released by the American Bar Association.

The ABA had reported in December that new student enrollment had declined significantly last fall, and the latest figures put the decline at 8 percent. The organization also offered a school-by-school breakdown of its findings. 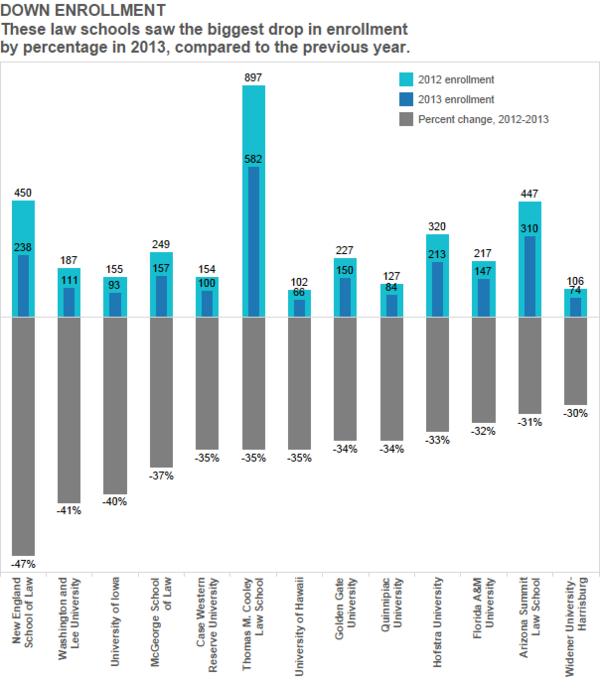 Here are the 25 law schools with the biggest enrollment decreases and increases:

Between fall 2010 and fall 2013, the 195 law schools in the 48 contiguous states and Hawaii fully-accredited by the ABA’s Section for Legal Education and Admissions to the Bar as of 2010 (excluding Belmont, LaVerne, California-Irvine, and Massachusetts-Dartmouth), experienced the following first-year enrollment changes:

Hats off to the schools that decided to forgo revenue to preserve quality. I think that's true for a handful of the schools with enrollment declines.

No wonder Washington and Lee declined so much. It had a 12% yield, tied for next to last for all ABA accredited law schools.

How did UNH Law escape this list? According to National Jurist, they were in the same boat, dropping over 30% at least.

Could we get this sorted by actual class size? I mean, a 10% increase at Northeastern* is barely north of a baker's dozen, whereas a 20% increase at George Washington is practically a Roman legion. Wake Forest Law is pretty small too, I think, certainly less than half the size of GW Law, so WF's 40% increase is likely numerically smaller than GW's 20% increase.

*I still can't believe they are increasing their class size when they are barely getting 40% of their graduates FT, LT, license-required jobs in the first place, but I guess the university administration needs to pay itself even more millions than it does already.

Burn baby burn. Disco inferno. It's clear that some law schools (looking at you George Washington) are just going for broke and have realized they will never be T14 schools. They're just making a full-on money grab at this point before the bubble pops, in the hopes they can ride out the deep depression the education industry is headed into.