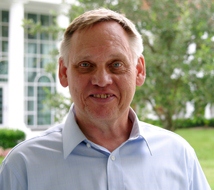 On February 11, a unanimous panel of the D.C. Circuit upheld Loving v. IRS, 917 F. Supp. 2d 67 (D.D.C. 2013). In 2011, Treasury promulgated new regulations imposing CLE and certification requirements on hundreds of thousands of previously largely unregulated paid tax return preparers. Loving held those regulations invalid on the ground that they outstripped the authority granted the Treasury by the 1884 statute on which the regulations were said to be based. (The Government also asserted that the regulations are supported by the inherent authority of agencies to regulate practice before them. The district court rejected that alternative basis of authority, and the circuit court didn’t address it.)

The D.C. Circuit identified six not entirely independent grounds as reasons for concluding that the 1884 statute, as amended, does not authorize the regulations. These grounds include dictionary definitions of the key statutory terms, the history of the statute and its interpretation by Treasury/IRS, analysis of context (the broader framework of which this statute is a part), and various canons of construction.

Here are some thoughts (in no particular order) about Loving:

First, Loving exemplifies the recent dominant trend in applying Chevron. Early in its life, many saw Chevron as highly deferential to agencies. In recent years, however, Chevron scrutiny has been demanding, not lax, in most cases. Loving is cut from that cloth. An agency-indulgent court could have said, in effect, “well, there are arguments on both sides, so the statute is ambiguous and survives Step 1.” Both the trial and appellate courts, however, engaged in extended, intricate analysis to conclude that the statute provides insufficient warrant for the regulations. To emphasize its significance, the D.C. Circuit ended its opinion on this note. Quoting a recent Supreme Court decision, the court said: “the fox-in-the-henhouse syndrome is to be avoided … by taking seriously, and applying rigorously, in all cases, statutory limits on agencies’ authority.” (Slip op. at 17, quoting City of Arlington v. FCC, 133 S. Ct. 1863, 1874 (2013).)

Second, in the current environment, Step 2 also has to be taken seriously. The conventional wisdom used to be that, if the agency got past Step 1, it almost surely would prevail at Step 2. That’s not quite right today. Certainly, Step 2 gives the agency considerable latitude, but most courts now are engaging in serious analysis at Step 2. Agencies can and have lost at Step 2. The D.C. Circuit said that Loving would have been another addition to this list had Step 2 been reached.

Fourth, the circuit court sidestepped one of the most interesting aspects of the case. The D.C. Circuit emphasized statutory language allowing Treasury to regulate representatives assisting persons “in presenting their cases” to Treasury. The court remarked: “the IRS does not contend that preparing a tax return constitutes ‘presenting’ a ‘case.’ (Some outside commentators take that view, but the IRS does not.)” (Slip op. at 10.) The parenthetical reference is to Nina Olson’s May 13, 2013 Tax Notes article, Bryan Camp’s July 29, 2013 Tax Notes article, and the amicus brief submitted by former Commissioners Caplin, Cohen, Gibbs, Goldberg, and Rossotti. They argued that the traditional conception (that a tax controversy arises only upon audit, adjustment, and administrative/judicial appeal) is outdated. With most taxpayers overwithholding, and with the IRC being used increasingly as a vehicle for dispensing social welfare benefits, most tax returns now present claims from the start. This new reality accelerates the point at which one can say that a case is being presented. I ultimately disagree with this “new reality” argument for reasons set out in my forthcoming Villanova Law Review article cited below. But the argument is interesting and important. I wish the D.C. Circuit had chosen to engage with the argument. Moreover, quite apart from this one case, all of us working in the tax system should think about the implications of these changes.

Fifth, one of the canons addressed is the principle that statutes should be interpreted, if possible, to avoid rendering any words or portions meaningless or superfluous. (See my article on this canon at 65 State Tax Notes 793 (Sept. 17, 2012).) The D.C. Circuit took a level-headed approach to this consideration. It acknowledged that the plaintiffs’ view did create some surplusage (although less, the court felt, than the Government’s view did), but it sensibly noted: “some overlap is common in laws of this kind …. [M]ore broadly, lawmakers, like Shakespeare characters, sometimes employ overlap or redundancy so as to remove any doubt and make doubly sure.” (Slip op. at 11-12.)

Sixth, the D.C. Circuit made effective use of FDA v. Brown & Williamson Tobacco Corp., 529 U.S. 120, 133 (2000). In that case, the Court held that the FDA lacked statutory authority to regulate tobacco products. The majority overcame the seemingly broad literal statutory language through a historical/contextual analysis of the pattern of congressional enactments and agency interpretations over generations. The D.C. Circuit took a similar path in Loving. Although acknowledging that “the views or understanding of later Congresses … are not dispositive and sometimes can be a hazardous basis for interpreting the meaning of an earlier enacted statute” (slip op. at 14), the court cobbled together congressional and IRS actions and inactions since 1884 to inform its Step 1 understanding of the statute.

Seventh, one aspect of the point just made involves the extent to which agencies are free to change course. At least as to regulations (though not necessarily subregulation interpretations), one would have thought that Chevron, Smiley, Mayo and other cases have made it clear that agencies can revise positions they once took (subject, as in Fox, to some not fully defined burden of explanation imposed by the Administrative Procedure Act). Indeed, the D.C. Circuit acknowledged: “The IRS is surely free to change (or refine) its interpretation of a statute it administers.” (Slip op. at 16.) Why then could Treasury/IRS not take an expanded view of the scope of its authority under the 1884 legislation than it had done in the first over-a-century of the act’s existence? According to the circuit court: “In light of the text, history, structure, and context of the statute, it becomes apparent that the IRS never before adopted its current interpretation for a reason: It is incorrect.” (Slip op. at 16.) Yes, but something else is at work here too. There are good reasons to give agencies flexibility, but one can fear abuse of that flexibility. This tension guarantees that the agency inconsistency issue will continue to pop up in various forms and contexts in the years to come. Clean, uniform, and consistent choice between powerful conflicting values is not something usually achieved by individual human beings or by the legal systems that govern them.

Eighth, the D.C. Circuit also invoked the “too big” or “major decision” exception to deference found in some Supreme Court cases, including Brown & Williamson. Noting the pervasive scale and effect of the regulations, the court observed: “courts should not lightly presume congressional intent to implicitly delegate decisions of major economic or political significance to agencies.” (Slip op. at 15.) A downside of this principle is the absence of readily judicially manageable standards for deciding when “big” is “too big.” But Palsgraffian doctrines are widespread in law. I like the principle because Congress should be making the important decisions, not punting them to unelected administrators. It is because of the “too big” principle that I continue to believe that the Littriello line of cases upholding the check-the-box regulations was unfortunate. Given the vastly different tax treatment accorded different types of entities and thus the enormous significance of entity classification, moving from mandatory to largely elective classification should have been a congressional, not administrative, call. In any event, Loving reminds us that the “too big” principle of construction exists and can intrude into tax.

Ninth, the D.C. Circuit also deployed the related constructional principle that the legislature does not “hide elephants in mouseholes,” that is, that a conclusion that Congress intended an important result should be based on solid support, not inferred from wisps and snippets. (Slip op. at 15.) (See my article on this principle at 64 State Tax Notes 911 (June 5, 2012).) Of course, the statute in question was enacted well before we had an income tax and thus income tax return preparers, but one could spin that both ways.

Tenth, so, Steve, do you think the decision was correct or incorrect? I think the case was correctly decided. There are two dimensions: doctrine and policy. Last Fall, I was part of a panel on Loving at Villanova School of Law. My article on it will appear in the forthcoming vol. 60 of the Villanova Law Review [Loving and Legitimacy: IRS Regulation of Tax Return Preparation, 60 Vill. L. Rev. ___ (2014)]. The article states why I think the statute does not confer authority on Treasury to issue the regulations in question. My reasons bear much similarity to the rationales given by the D.C. Circuit. As a technical exercise in statutory construction, I believe the trial and appellate courts were right.

What about policy? Many people for whom I hold deep admiration believe that there is a great need to extend regulation of return preparers. I confess that doubts still inhabit corners of my mind. I don’t doubt that there’s a lot of shoddy practice going on out there, but the history of government regulation leaves me less than fully convinced that regulation always is effective and free of unfortunate collateral effects.

Whatever may be the balance of these considerations, the Government has opportunity to protect itself and us, if protection is needed. The Government might seek Supreme Court review of Loving. There’s no circuit conflict, but a case could be made for the importance of the issue. The Court has granted cert. in such circumstance before, including some tax cases, such as Craft. But I think the Government would lose at the Court, just as it has at trial and appeal. Thus, the Government no doubt will seriously consider whether to seek legislation to expressly confer the authority that Treasury now lacks. This time of congressional gridlock and distrust of the IRS is hardly the ideal environment in which to seek such change, but Congress has the power to decide for weal or woe. At bottom, Loving stands for the proposition that exigency does not excuse illegality. If the need is as great as some believe, let regulation proceed pursuant to proper procedure.

Astonishingly, the court made the correct decision. By the way, who determines the competency of the IRS employees from the commissioner to the lowest level employee? Most IRS appointees and employees have no competency. Auditing tax returns and pestering people to collect delinquent taxes owed are not competency skills. Most IRS personnel could not prepare a tax return correctly and have no right to judge the skill levels of others. Now the court should remove the asinine PTIN payment requirement, which is extortion.

At last! IRS cannot force CPA's and other tax return preparers into their own private and unpaid tax Nazis.