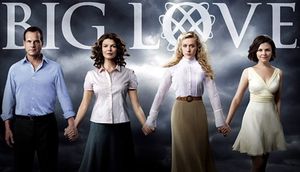 Within days in December, a federal judge in Utah made news by loosening that state’s criminal prohibition against polygamy and the Attorney General of North Dakota made news by opining that a party to a same-sex marriage could enter into a different-sex marriage in that state without first obtaining a divorce or annulment. Both of these opinions raised the specter of legalized plural marriage. What discussions of these opinions missed, however, is the possibility that the IRS might already have legalized plural marriage in the wake of the U.S. Supreme Court’s decision last June in United States v. Windsor, which struck down section three of the federal Defense of Marriage Act (DOMA).

In exploring that possibility, this essay continues my work analyzing the shortcomings of the IRS’s implementation of the Windsor decision. The Secretary of the Treasury promised that IRS guidance would provide same-sex couples with “certainty and clear, coherent tax-filing guidance.” To the contrary, I have explained that the IRS’s guidance provides no more than the same veneer of clarity that DOMA did, because it leaves important questions unanswered, lays traps for the unwary, creates inequities, and entails unfortunate (and, hopefully, unintended) consequences. In this essay, I extend that analysis by explaining how ambiguity in the IRS’s guidance may also have unintentionally opened the door to recognizing plural marriage for federal tax purposes.

I've never understood the argument that the Fair Tax will do away with the IRS. Somebody still has to be in charge of collecting the Fair Tax.

Then national sales tax would work if you made it progressive, e.g. a $10 purchase is 1% tax, while a $1,000 purchase is 2%, etc. On a different note, the next time you attend a weddding and see a huge auditorium full of people, you can no longer assume they are just spectators.

Tell me again what business it is of the governments what family arrangements I make?

'An ye harm no one, do what thou wilt shall be the whole of the law' - wicca

Unfortunately, we'll end up with National Sales Tax on top of Income Tax. Otherwise, it's a good idea.

There are times when, "I told you so" isn't enough.

Here is a crazy idea. How about we simplify the tax code to the point where marital status (normal=boy+girl; abnormal=boy+girls or weird= boy+boy/girl+girl) is all meaningless. Better yet go to a national sales tax and end the IRS!

And that would be a bad thing?

In the polygamous community of Colorado City, Utah, the husband with multiple wives files a joint return with just one. That allows the rest of the wives to file single or head of household, claming EIC and child tax credit refunds.

The fraudulently-named Form 1040, "Individual Income Tax Return," has taxed family arrangements for decades. Why discriminate against two-spouse families by requiring them to pay more than polygamous partners?

I'm against polygamy, but I have a grudging admiration for people who can keep multiple wives (husbands?) happy. At very least, they should get some kind of additional deduction.