Hickman Presents Administering the Tax System We Have Today at St. Thomas 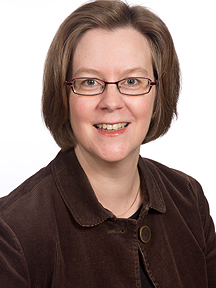 Kristin E. Hickman (Minnesota) presents Administering the Tax System We Have, 63 Duke L.J. ___ (2014), at the University of St. Thomas School of Law today as part of its Faculty Workshop Series:

In Mayo Foundation for Medical Education and Research v. United States, the Supreme Court rejected tax exceptionalism from administrative law doctrines and requirements as a general rule. Yet, many tax administrative practices do not comport precisely with general administrative law norms. Courts and commentators often invoke the importance of revenue raising in explaining or defending tax exceptionalism from administrative law norms. But the government’s reliance on tax collections notwithstanding, it does not necessarily follow that revenue raising is the only or even the primary focus of the contemporary U.S. tax system and those charged with administering it. Congress may perceive the non-revenue raising aspects of the tax code to be minor and peripheral to the IRC’s revenue raising function. But what if that perception is no longer accurate? The IRC now contains hundreds of tax expenditure items representing more than a trillion dollars annually of indirect government spending aimed at a variety of social welfare and regulatory goals. Treasury and the IRS share responsibility for administering the Affordable Care Act and ERISA. The IRS dedicates an entire division (out of four) to monitoring the activities of 1.6 million tax exempt organizations. If the efforts of tax administrators are increasingly focused on programs, purposes, and functions other than revenue raising, then what ought to be the implications for instances of tax exceptionalism in administration that are premised on the revenue raising function?

Drawing from a much larger and ongoing empirical study of tax administration and Treasury regulations, this Article offers a preliminary snapshot of the extent to which the efforts of contemporary tax administrators focus on programs, purposes, and functions other than revenue raising. Specifically, the study examined 499 notices of proposed rulemaking, Treasury Decisions, and other major rulemaking documents published by Treasury and the IRS between January 1, 2008, and December 31, 2012. The study classified those documents by subject and evaluated them both document by document and project by project, outright and based on relative page length. Across these measures, between 30 and 40% of observations fell into categories that are most obviously oriented away from revenue raising; another 25% fell into categories that raise revenue but are often justified on other grounds. In light of the study’s findings, the Article suggests that Congress ought to reconsider or at least adjust some of the statutory exceptions from administrative law requirements that it has adopted in the tax context. Alternatively, or in addition, to the extent that the scope of some of those exceptions is in doubt, reviewing courts ought to consider construing the relevant statutory language in a manner that minimizes their deviation from general administrative law norms.