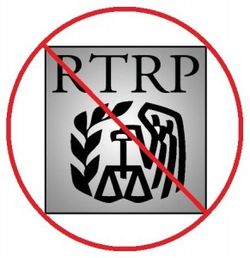 As statutory authority for the new regulations, the IRS has relied on 31 U.S.C. § 330. Originally enacted in 1884, that statute authorizes the IRS to “regulate the practice of representatives of persons before the Department of the Treasury.” 31 U.S.C. § 330(a)(1). In the first 125 years after the statute’s enactment, the Executive Branch never interpreted the statute to authorize regulation of tax-return preparers. But in 2011, the IRS decided that the statute in fact did authorize regulation of tax-return preparers.

In our view, at least six considerations foreclose the IRS’s interpretation of the statute. ... In our judgment, the traditional tools of statutory interpretation – including the statute’s text, history, structure, and context – foreclose and render unreasonable the IRS’s interpretation of Section 330. Put in Chevron parlance, the IRS’s interpretation fails at Chevron step 1 because it is foreclosed by the statute. In any event, the IRS’s interpretation would also fail at Chevron step 2 because it is unreasonable in light of the statute’s text, history, structure, and context. It might be that allowing the IRS to regulate tax-return preparers more stringently would be wise as a policy matter. But that is a decision for Congress and the President to make if they wish by enacting new legislation. The “role of this Court is to apply the statute as it is written – even if we think some other approach might accord with good policy.” Burrage v. United States, __ S. Ct. __ (2014) (internal quotation marks and brackets omitted). The IRS may not unilaterally expand its authority through such an expansive, atextual, and ahistorical reading of Section 330. As the Supreme Court has directed in words that are right on point here, the “fox-in-the-henhouse syndrome is to be avoided . . . by taking seriously, and applying rigorously, in all cases, statutory limits on agencies’ authority.” City of Arlington v. FCC, 133 S. Ct. 1863, 1874 (2013). We affirm the judgment of the District Court.

IRS and DOJ-Tax do this intentionally with the hope of getting a split among the circuits to better the chances of getting a petition for certiorari granted. Of course, when taxpayers (only a few of whom might have sufficient activities across the country to litigate in different circuits) do this DOJ-Tax calls them "abusive," "frivolous," and "contrary to law."

Has anyone written a paper analyzing the IRS's litigation practices? It seems as if the IRS keeps on litigating cases even when it should know it will lose and even tho litigation is expensive.