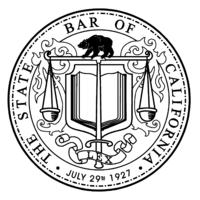 Law school rankings are ubiquitous and inevitable. That should not be surprising, since they may help prospective law students decide where to study and prospective employers decide which law schools’ graduates to hire. Unfortunately, none of the existing law school rankings are substantially based on measures of student learning outcomes, and most are not helpful in evaluating the relative performance of non-elite law schools. This article attempts to fill the gap in the literature by ranking law schools using the California bar exam results reported by the State Bar of California for first-time takers over the period from 1997-2011 and especially 2007-2011. There are problems with this ranking too. The data are incomplete, the California bar exam has probably varied in difficulty over the period of the study, and bar exams probably do not adequately test law graduates’ preparation for the practice of law. Nonetheless, most law graduates need to pass a bar exam before they can obtain satisfying legal jobs. Moreover, bar exams arguably test law graduates on at least some of the knowledge and skills they will need to succeed in their legal careers. In these respects, at least, bar exam results provide a measure of student learning outcomes that should be important for most prospective law students. Some of the results of this study are interesting and surprising: Yale appears to outperform all other law schools, and Virginia and Emory appear to outperform their US News rankings. Harvard, Columbia, Chicago, Northwestern, and Cornell appear to underperform their US News rankings. There appears to be a surprisingly strong in-state advantage on the California bar exam, and Californian schools generally appear to outperform higher-ranked out-of-state schools, but some Californian schools appear to outperform others: USC, Pepperdine, Loyola, California Western, and Chapman all outperform Californian schools that the US News ranks higher; UC-Davis, UC-Hastings, and San Diego underperform Californian schools that the US News ranks lower. Some Californian schools had such low California bar passage rates over the period of this study that one can only wonder whether they might be at risk of accreditation problems, and some out-of-state schools had passage rates that were even lower and atrocious by any reasonable standards. 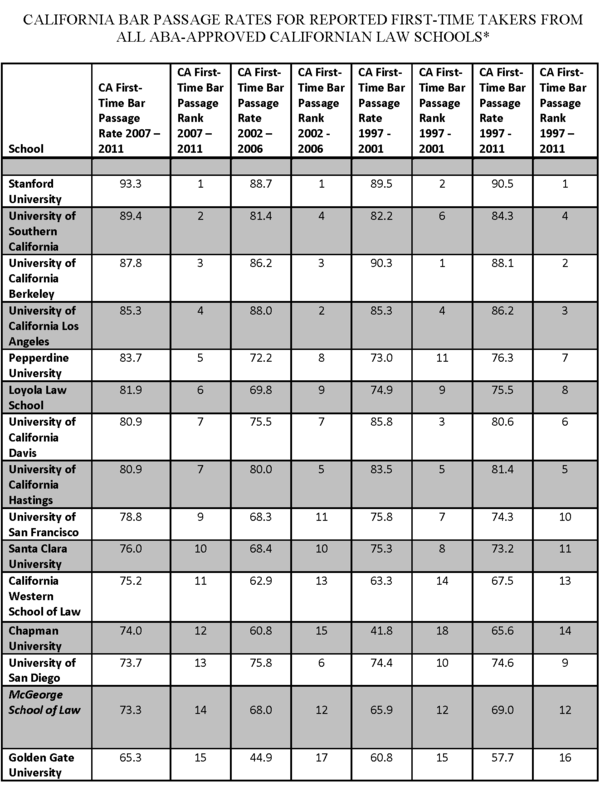 If you're talking about law school, not students, you need to condition on student IQ's before making comparisons. Thus, one should regress bar performance of a school on its LSAT score, to see the value added of the school. And, really, one needs the percentage of students under a particular LSAT score, not the median. Years ago I heard that no UCLA law grad who had an LSAT score under some particular number had EVER passed the bar exam.
Of course, Yale doesn't pretend to teach people how to pass the California bar exam, and UCLA shouldn't pretend that it does.