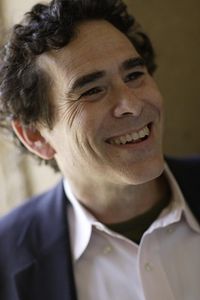 Tax evasion costs federal, state and local governments over 400 billion dollars a year. Compliance efforts have centered on the monetary payoff of evasion. Evasion has been reduced through third-party reporting, which increases the odds of detection (in some cases, to a near-certainty). Audits and increased penalties have also been used to reduce evasion. At the margin, however, these methods have proven too expensive or politically unpopular to reduce substantially this core residue of evasion.

The explosion of research in social psychology over the past few decades concerning motivation and deception, along with industry experience with data-driven interactive systems, suggests a different approach to the problem: redesign the tax forms and on-line filing process to elicit more truthful responses from taxpayers. To illustrate the potential of this approach, in this paper we propose two different categories of changes that merit testing through pilot studies. The first involves changing the wording on existing returns to increase the psychological cost of evasion and increase the perceived expectation of detection. The second uses on-line "conversational agents" to ask adaptive questions. Adaptive questions incorporate information known about the taxpayer, including information from previous questions. Adaptive questioning is commonly used in e-commerce because it is more efficient. In the tax context, it would allow the IRS to ask more focused questions, which should reduce evasion and audit costs. It could also benefit taxpayers by reducing filing time and eliminating the risk of subsequent audit. Adaptive questioning that is part of a data-driven system allows for continuous experimentation and real-time modification of algorithms to incorporate the results of that experimentation. A data-driven adaptive questioning system can incorporate and optimize a mix of taxpayer filing experience and revenue need. It can co-exist with the existing tax preparation industry, including commercial e-filing systems such as Turbo Tax. In the future, as now, the industry can help clients plan for taxes, take advantage of deductions and complete returns.