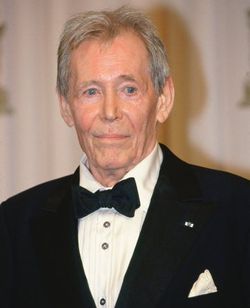 O’Toole could also laugh at himself. He recalled that after he struck it rich in the 1960s, he tried to bully everyone in his household into voting Labour. He thought he had succeeded with everyone, until his working-class driver told him he had taken the Rolls down to the polling station and voted Conservative because his own taxes were too high.

That, he said, got him to thinking. He admitted his fellow actors Michael Caine and Sean Connery had a point when they said Britain’s high tax rates did discourage work, and moved themselves overseas. The year we spoke, Margaret Thatcher began cutting Britain’s tax rates, negating the need for O’Toole to ponder joining them.