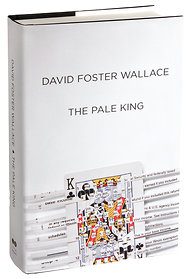 David Foster Wallace, born in 1962, was one of the most respected writers of his generation. His novel Infinite Jest was considered by many one of the great English language novels of the late 20th century. ... In a lengthy interview with me in February 2006, Wallace discussed many points of interest to legal writers. It proved to be one of his last long interviews (he committed suicide in September 2008). What follows is an excerpt from a newly released book, Quack This Way: David Foster Wallace & Bryan A. Garner Talk Language and Writing (Oct. 25, 2013)). ...

Why do so many English professors write so poorly?
The simple way to put it, I think, is: Writing, like any kind of communicating, is complicated. When you’re writing a document for your professional peers, you’re sending out a whole lot of different messages. Some of them are the stuff you’re arguing; some of them are stuff about you.

My guess is that disciplines that are populated by smart, well-educated people who are good readers but are nevertheless characterized by crummy, turgid, verbose, abstruse, abstract, solecism-ridden prose are usually part of a discipline where the dynamic between writing as a vector of meaning—as a way to get information or opinion from me to you—versus writing as maybe a form of dress or speech or style or etiquette that signals that “I am a member of this group” gets thrown off.

There’s the kind of boneheaded explanation, which is that a lot of people with PhDs are stupid; and like many stupid people, they associate complexity with intelligence. And therefore they get brainwashed into making their stuff more complicated than it needs to be.

I think the smarter thing to say is that in many tight, insular communities—where membership is partly based on intelligence, proficiency and being able to speak the language of the discipline—pieces of writing become as much or more about presenting one’s own qualifications for inclusion in the group than transmission of meaning. And that’s how in disciplines like academia—or, I’ve read some really good legal prose, but when it’s really, really horrible (IRS Code stuff)—I think that very often it stems from insecurity and that people feel that unless they can mimic the particular jargon and style of their peers, they won’t be taken seriously and their ideas won’t be taken seriously. It’s a guess.

Great interview and I know what I want for Christmas now. DFW was one of my favorite writers, especially of non fiction. We used to refer to that kind of writing (jargon) was a way of hiding poverty of thought with obscurity of language but I like DFW's explanation better. Not so trite.