What's Tax Got To Do With It? Tina Turner 'Relinquishes' (Not 'Renounces') U.S. Citizenship 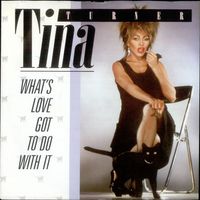 This item just in via an “activity” report from the U.S. Embassy in Bern, Switzerland, headlined “Soul Legend Relinquishes U.S. Citizenship.”

“Long-time Swiss resident Tina Turner” was in the embassy Oct. 24 to sign her “Statement of Voluntary Relinquishment of U.S. Citizenship under Section 349 (a)(1) of the INA” — the Immigration and Naturalization Act. ...

The key word in the embassy report apparently is the term “relinquishment.” That means, a knowledgeable source told us, that she did not “formally renounce her U.S. citizenship under 349(a)(5) Immigration and Nationality Act, but took Swiss citizenship with the intent to lose her U.S. citizenship.” As opposed to formal renunciation — a much more complex process, we were told — there are no “tax or other penalties for loss of citizenship in this fashion.”

For the difference between relinquishing and renouncing U.S. citizenship, see here. As this detailed post makes clear, the tax consequences are the same whether one relinquishes or renounces U.S. citizenship. Previous press coverage suggested that Ms. Turner's actions may be motivated in part by a desire to escape the new FATCA regime.