The Tax Treatment of Buyouts of Coaches' Contracts 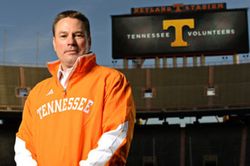 Their employment contracts were clear: When the head football coaches of 11 major public universities broke their contracts late last year and accepted jobs at other public schools, they faced responsibility for more than $7 million in buyouts.

Equally clear was what has become a basic tenet of college sports business: The coaches weren't going to pay. Their new employers were.

That's where a different interpretation of tax law has gained a foothold. A handful of schools — including Tennessee and Cincinnati earlier this year — have worded recent contracts to shield buyout payments made on behalf of coaches from being subject to income taxes. The schools paid substantial amounts on behalf of football coaches hired last winter: Tennessee sent $1.4 million to Cincinnati after hiring Butch Jones [top right], and Cincinnati sent $943,000 to Texas Tech to cover Tommy Tuberville's [middle right]buyout. 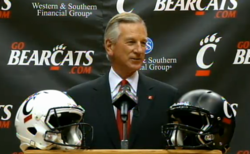 Under federal tax law, it is undisputed that an employer's payment of an employee's personal obligation must be treated as taxable income to the employee. But a buyout payment also is viewed as a business obligation.

Two tax law professors contend that gives schools the ability to treat the payment as a reimbursable business expense by the coach. Douglas A. Kahn, a professor at the University of Michigan law school, and his son, Jeffrey H. Kahn, a professor at Florida State's law school, advanced the idea in a law review article published in 2007 [Tax Consequences When a New Employer Bears the Cost of the Employee's Terminating a Prior Employment Relationship, 8 Fla. Tax Rev. 539 (2007)].

They acknowledged in the article that their assertion is vulnerable to dispute by the IRS. But in a recent interview with USA TODAY Sports, the Kahns said if the IRS challenged it, they think a coach who litigates the matter would prevail.