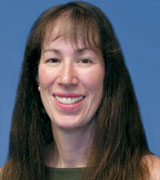 The challenges of the international tax system have become ubiquitous. Newspapers recount the tax exploits of multinational corporations that are household names and announce the jail sentences of the latest Swiss bankers and U.S. taxpayers to fall in the ongoing attack on tax evasion. The twin pressures on effective income taxation captured by these stories are those of tax evasion (typically engaged in by individual taxpayers) and tax avoidance (typically characterized by the planning and structuring undertaken by multinational corporations). In both cases cooperation between and among states plays a pivotal policy and enforcement role. That is not to say that cooperation (in its various iterations) is a universal or achieved objective. Rather, the question of whether states can identify a shared goal and move cooperatively toward that goal is an important focus of international tax policy discussions. With respect to the problem of tax evasion there have been some notable steps of cooperation through information sharing measures (including Tax Information Exchange Agreements) as well as domestic changes designed to increase transparency. Less agreement and coordination has been evident for the problem of tax avoidance. The current context in which these questions are being explored communally is the Organization for Economic Cooperation and Development (OECD) project on “Base Erosion and Profit Shifting” (the “BEPS” project).

But regardless of the degree of current cooperation, agreement, and coordination achieved on these international tax issues, the focus on the status of state-to-state relations can obscure another critical factor in the international tax system: domestic politics. Even if and when states reach a shared understanding of a dimension of the evasion or avoidance problems, a resulting agreement by states is not the end game. Although states must act and negotiate as monoliths in their state-to-state interactions, there remains the ever-present constraint of democracy at home and the possibility that a deal struck on the global stage is undone in the domestic sphere. This dynamic between international relations and domestic “politics” is neither new nor limited to taxation. But the serious attention to and heightened expectations from cooperation among nations regarding major issues of international tax policy requires that comparable attention be directed at the domestic side of cooperation.