More on the Grim LSAT News

The number of people who took the LSAT in October—traditionally the biggest cohort annually—dropped by 11 percent since last year, marking the fourth year of steady decline and intensifying worries that a turnaround remains out of sight.

Together, these early indicators suggest that law schools are in for yet another difficult admission cycle. ... 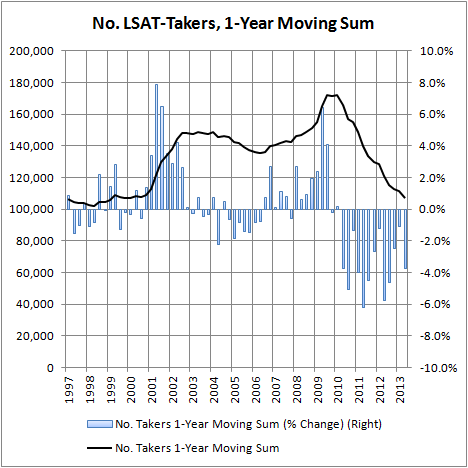 Somebody should sue somebody for some reason, for some amount of damages, some day.

People choosing not to go to law schools are fools. As Simkovic and McIntrye show, this is just cyclical. In a few years big law firms will be begging people to join them as associates.

One thing somebody might take away from this graph is that the prospects for lawyer employment increase during Republican administrations and decline during Democrat administrations. Which is pretty weird!

Good news for lawyers and the legal profession. The only people who will be adversely affected are law school administrators and faculty -- and if they have to cut back on faculty or admin positions, they can always return to private practice and become practicing lawyers, right?