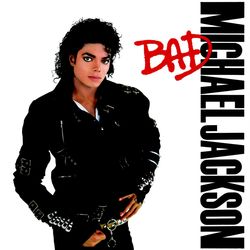 This case pits the estate of Michael Jackson against the IRS, and centers on the $7 million taxable value of the estate's assets which were reported to the IRS. There's little doubt that the valuation of Michael Jackson's name and likeness rights at a paltry $2,105 raised a few eyebrows at the IRS offices -- the IRS' valuation was greater than $434 million and, in all, valued Michael Jackson's estate at more than $1.1 billion. The IRS has issued a notice of deficiency -- a bill for debts owed -- of estate taxes totaling more than $505 million. And because the IRS contends the executors significantly undervalued the estate's property, it tacked on additions of $196 million for good measure!

In response to the IRS' notice of deficiency, sent on on July 26, 2013, the Jackson estate filed a petition with the U.S. Tax Court, contending the valuations of the assets "were accurate and based upon qualified appraisals by qualified appraisers who had extensive experience valuing entertainment industry assets." On August 20, 2013, the IRS filed its response to that assertion, which detailed all of the proposed IRS valuations of Michael Jackson's assets, including his name and likeness. The disagreement has set the stage for a contentious valuation battle.

There's little doubt that the IRS knows that the exploitation of dead celebrity names and likeness is big business. What makes the estate of Michael Jackson's battle with the IRS of extreme interest is that, while the valuation of an estate's assets for federal estate tax purposes is usually made when a person dies (there is an election of value estate assets as of six months after the date of death), any subsequent dispute with the IRS over the worth of celebrity "name and likeness" rights rarely become public.

Conversely, California has for many years statutorily protected the rights of both living and dead celebrities in their names, voices, signatures, photographs and likenesses. In fact, these rights extend for 70 years after death, and, like most property rights, are licensable, transferable and descendible.