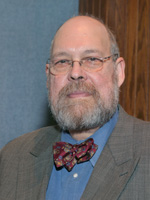 The National Tax Association presents the Daniel M. Holland Medal for outstanding contributions to the study and practice of public finance. The award was begun in 1993. The recipient is chosen by a committee of NTA members selected by the Board of Directors, and the medal is awarded at the Annual Meeting of the Members, held in conjunction with the Annual Conference on Taxation.

This is the first step of a new epilogue for my book 100 Million Unnecessary Returns: A Simple, Fair, and Competitive Tax Plan for the United States [Yale University Press, 2007]. In January 2012, the Tax Policy Center (TPC), pursuant to a grant from Pew Charitable Trust, published an article analyzing and estimating the parameters of the tax plan set forth in this book. TPC has now updated its estimates to take into account the January 2013 “fiscal cliff” legislation and other economic changes. Certain details of the plan have also been revised somewhat. The competitive tax reform plan has five pieces: