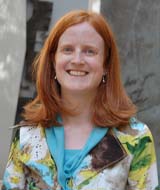 Safe harbors pervade tax law. This Article begins to fashion an account of why they exist by discussing the functional purposes that safe harbors might serve. Studying the reasons for adopting safe harbors has important practical implications. For instance, analyzing the functions of safe harbors can shed light on the use of other rule-standard hybrids such as rebuttable or irrebuttable presumptions. In addition, this Article provides direction to lawmakers considering the enactment or redesign of a particular safe harbor.