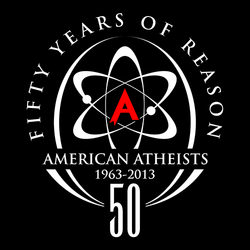 Newsweek:  Atheists Take on the IRS:

American Atheists and several other secularist groups claim that the IRS gives preferential treatment to churches and religious organizations who seek or have 501(c)(3) non-profit status compared to secular non-profit organizations. The groups say this violates non-believers’ Constitutional rights because it treats churches differently than non-churches and equates to government support of religion.

Under current IRS policy, churches automatically qualify for 501(c)(3) status, though nonreligious 501(c)(3)s must go through an extensive application process to get the same tax benefits. In addition, religious organizations do not have to fill out annual Form 990 returns reports, which detail charities’ finances so the IRS or nonprofit watchdogs can identify possible fiscal wrongdoing and law-breaking. Critics, who have recently renewed their calls for religious exemption reform, say that these filing differences cost the U.S. government from some $17 to $71 billion annually.

Though American Atheists’ first filed their federal lawsuit in December 2012, oral arguments in the case began late this week.

The groups say this violates non-believers’ Constitutional rights because it treats churches differently than non-churches and equates to government support of religion.