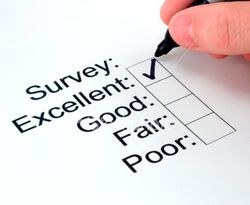 From their origins in the late nineteenth century, student edited law reviews have generated controversy. Yet, despite the hundreds of articles criticizing or defending law reviews, there is little research about what the legal community thinks about them. Consequently, we surveyed 1,325 law professors, 338 student editors, 215 attorneys, and 156 judges to determine their beliefs about the current system of law reviews and the need for reforms. Generally, law professors were the most critical and student editors the least critical of law reviews. Respondents identified several problems with law reviews. They believed that law review articles are too long. The law professors were dissatisfied with the effects of law reviews on their careers. The law professors, attorneys, and judges in the survey believed that law reviews are not meeting the needs of attorneys and judges. The vast majority of respondents indicated that reforms are needed. Surprisingly, all four groups of respondents agreed on the three most important reforms needed to improve law reviews. All four groups rated blind reviews, peer review, and better training of students as the most important reforms. In this article, we review the controversy about law reviews, present the results of our study, and discuss its implications.