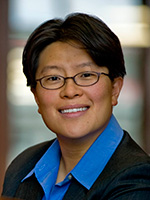 When a debtor goes bankrupt and limited assets have to be divided between competing creditors, should unpaid taxes owed to the government be paid before the debts owed to other creditors? While the contemporary trend has been towards a reduction of such "priority" for tax debts in bankruptcy, this Article defends the award of tax priority. Insofar as bankruptcy protection transfers the risk of financial distress from a debtor to her creditors, the tax priority debate should be understood as a fight about how much debtor default risk the government should have to assume relative to other creditors. This Article argues that the government’s share of debtor default risk should be limited through the grant of tax priority because, contrary to the claims of priority’s critics, the government is constrained in its ability to diversify against such risk, via either substantive tax policy or changes in tax administration. Therefore, greater bankruptcy risk exposure can compromise the government’s ability to perform other important functions. In sum, tax priority serves as an important structural limit on the government’s bankruptcy risk burden and safeguards the myriad important functions of government.