NY Times: The Case for Higher Taxes on the Ultrawealthy 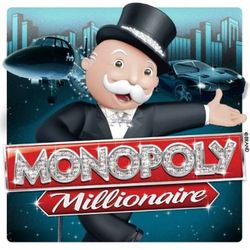 Mr. de Blasio has proposed raising taxes on the wealthy, whom he defines as those making more than $500,000, to pay for prekindergarten and after-school care. This may be a laudable goal, but people making $500,000 who are actually living and working in the city already pay high federal, state and local income taxes as well as property taxes. They’re not the ones buying apartments in places like One57. ... Mr. de Blasio’s proposal would have little, if any, effect on them. They pay no city income tax and comparatively low property taxes even as the city’s services prop up the value of their trophy real estate.

Tax law in New York City is determined by New York State, not the city, so the mayor has only the power of persuasion. But the mayor can be a strong advocate. A tacit goal of the Bloomberg administration seems to have been to woo the world’s superrich with generous tax treatment, in what seems to be a continuing global competition with London, Hong Kong and Singapore. That’s not all that surprising, considering that Mr. Bloomberg is a billionaire himself, with a primary residence in New York City, a $20 million apartment on London’s Cadogan Square and a getaway in Bermuda. Attracting the superrich may well bolster some tax revenue and confer benefits on the city and its more ordinary residents, but the question remains, can and should they be asked to pay more?

“It certainly might be more palatable for a new mayor, subject to the approval of the Legislature, to inflict pain on those whose resident status is purely a fiction of the law, rather than on real residents, meaning those who are domiciled in New York and vote there as well,” said Robert Willens, the president of a tax and accounting service in New York City and adjunct professor at Columbia Business School. “I can see this sort of a change as one that a new mayor would seriously consider.”

Ultrawealthy nonresidents who own property in New York City certainly make a ripe target for potential revenue. People who spend fewer than half the year in New York City don’t pay any city income tax, even if they generate much of their fortune in the city. Many have elaborate systems for keeping track of their whereabouts. Since even one minute in a 24-hour period may count as a day for residency purposes, there’s often a frantic, Cinderella-like dash to cross the city line before midnight, although it’s black limousines ferrying the passengers rather than horse-drawn carriages.

Nonresidents are an enormous potential source of tax revenue. ... Tax experts said there was nothing sacred about the half-year rule, and the state could impose a much more stringent test for nonresidents. A spokesman for the Department of Taxation and Finance said, “This has been in the statute for a very long time and aligns with the time frame used in many other states and by the IRS” Before 1999, nonresidents who earned income in New York City did pay income tax on that income — the so-called commuter tax — but that requirement was repealed at the behest of suburban lawmakers.

London, which seems to have experienced an even more dramatic Tale of Two Cities, earlier this year tightened its eligibility standards for nonresident status. Individuals may be subject to income tax there if they spend as few as 16 days, if they also have four “ties” to Britain, one of which is maintaining a residence there.

Not only do wealthy nonresidents escape income tax liability in New York, but their property taxes are extremely low compared with the value of their real estate, and they end up paying a much lower rate than owners of much more modest homes, as The New York Times reported last year. That’s because ultraluxury buildings are assessed at ludicrously low percentages of their actual value under the arcane state laws that set real estate valuations for tax purposes. ...

“You could structure the property tax to have a much more progressive rate,” said Daniel N. Shaviro, a professor of taxation at New York University School of Law. “Property tax rules would be a great way to get at the issue of the nonresident billionaire.” ...

[N]o one knows for sure how many billionaires would leave, especially if tax increases were relatively modest. “I’ve always been skeptical of the assertion that higher taxes might cause the victims of those levies to flee the locality in which the higher taxes are imposed,” Mr. Willens said. “I think there are many other factors of surpassing importance, which do not involve taxes, that go into the decision of where to live and, except at the margin, my experience as a tax practitioner tells me that the imposition of higher taxes would not cause a noticeable exodus of wealthy people from the city or from the state.”

Professor Shaviro, of N.Y.U., agreed. “Look at how they’re bidding up real estate prices,” he said. “They’re obviously willing to pay a very high premium to live in New York City. That suggests that New York has some leeway to tax the very wealthy. If you could figure out exactly how much they’d be willing to pay without leaving, it could be an incredible bonanza for New York City. And if they’re willing to pay so much for those empty apartments, maybe they should also do something to help make everyone else better off.”...

Professor Shaviro said that “there’s not much any mayor can do” to make a fundamental difference in income inequality in the city. “New York City is a cork bobbing on the waves of the global economy,” he said. Even so, it might be worth trying. “If you’re lucky enough to be a destination city, you don’t want to blow it,” he said. “But why not try to use that to your advantage?”