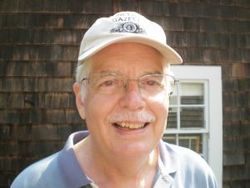 Dale was born in Tulsa, Oklahoma, on September 1, 1938. He graduated from Northwest Classen High School in Oklahoma City, and received his B.A. in politics and economics from Yale University and his LL.B. from Columbia Law School.

Dale worked as a director at KPMG for seven years. While at KPMG, Dale was the co-editor in chief of the Journal of Taxation of Financial Products and a fellow of the American College of Tax Counsel. Prior to working for KPMG, he acted as special counsel at the Internal Revenue Service, was head of the Tax Department for Willkie Farr & Gallagher in New York City, and served as tax legislative counsel at the Treasury Department during the Ford Administration. Dale began his legal career as a clerk for Justice Paul R. Hays of the U.S. Court of Appeals, 2nd Circuit, and then clerked for Supreme Court Justice Byron White from 1964-1966. Following his clerkships, Dale was on the faculty of Stanford Law School until his return to Washington in 1972. ...

Memorial services are being planned in Washington, D.C., in October and Martha's Vineyard in November. In lieu of flowers, memorial donations may be given to the National Philharmonic at Strathmore Music Center in Bethesda, MD.iva Hammer