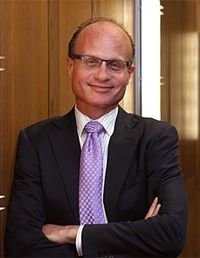 Ku, a former associate dean at the law school, reported in 2011 potential instances of Mitchell harassing law school faculty and staff, according to the civil law suit filed in Cuyahoga County Common Pleas Court. (See the full complaint in the document viewer below.) 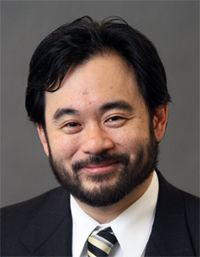 University officials responded to the lawsuit this afternoon with the following statement: "This situation is categorically not an instance of retaliation. Professor Ku continues to hold a full-time, tenured faculty position at the School of Law. The lawsuit itself includes inaccuracies, as well as an inflammatory flier that has been found to be materially false. The university will have additional comment upon more thorough review of the suit and opposing counsel's press release.

In the suit, Ku alleges that he made reports to the university's provost, vice president for diversity and faculty diversity officer.

Ku said he personally witnessed Mitchell caressing a female staff member at a party and was made aware of allegations by other women at the university that Mitchell had made inappropriate comments to others.

The issue of Mitchell's sexual conduct also came up at a January 2012 City Club event, according to the suit, when flyers were passed out with questions about Mitchell's alleged relationships with female students, and an alleged comment to staff that one graduate student "wasn't good for anything but keeping the bed warm."

Last fall, Dean Mitchell published an op-ed in the New York Times, Law School Is Worth the Money, which generated much criticism.

Everyone student and staff member at the school will know about this within days. It will be impossible for Dean Mitchell to show his face at school, and his termination will be inevitable. Let's see how he does with the women when he's unemployed.