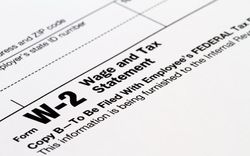 In a 2006 academic paper, the economist Libor Dusek examined whether tax withholding increased the size of government by looking at the staggered introduction of withholding at the state level. He concluded that 9 percent of the growth of state income taxes from the 1940s to the 1970s was because of withholding.

Nevertheless, it is highly unlikely that withholding will ever be abolished. It is far more likely that it will be extended to other forms of income, especially if the idea of a return-free tax system becomes viable as Congress debates tax reform.

FDR said that the income tax withholding would be temporary, just like he said that the funding of social security would be changed to cover future rather than current liabilities. Tax law administration that favors government rarely gets reversed. Once a cash cow, always a cash cow.