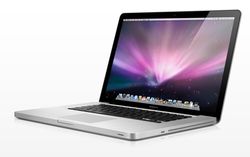 This article reports on how law students use laptops, based on observations of 1072 laptop users (though there was considerable overlap among those users from one class to another) during 60 sessions of six law school courses. Some findings:

I mean, as far as my own experience goes, my class time priorities looked something like this:

1.) Pay enough attention in case something important is said by the professor.
2.) Make sure to ask any important questions that came to mind.
3.) Fantasy football and flash games.
4.) Chatting on gchat with pals.
5.) Everything else.

I'm not surprised to hear how much law students use their laptops during class. Most people feel like they need to be connected and using a laptop is a way for them to stay "in the know."