Schwidetzky: The 'John Edwards S Corp Tax Shelter': Is the IRS Winning the Battles But Losing the War? 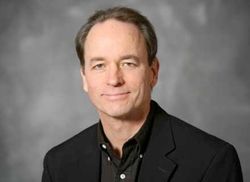 Social security taxes are paid on “wages” up to an inflation-adjusted maximum ($113,700 in 2013). Medicare taxes are also paid on wages, but there is no upper limit. For decades, taxpayers have used S corporations to reduce these “payroll taxes.” Taxpayers have the S corporation pay only a limited amount of its income as wages (or none at all). The rest of the income is either kept in the S corporation or, more likely, paid in a “shareholder distribution.” John Edwards made the technique famous when he ran for vice president. For the years 1995-1998, Edwards had his S corporation pay him an aggregate salary of $1,260,000 per year. The salary was said to have been based on what the average personal injury lawyer in North Carolina made. John Edwards’ corporation’s total net income for the three years was $25.5 million. He saved about $600,000 in Medicare taxes.

What I have never understood is why the Service has never issued a revenue ruling attacking the transaction. In the absence of a ruling and, for many years, in the absence of relevant case law, it appears that taxpayers have widely used this technique and continue to do so. The fisc has lost many billions in revenues and continues to do so. Finally, in the early 2000’s, the Service began to challenge this technique more aggressively. The early cases all involved taxpayers who paid themselves little if any wages, and the Tax Court and other courts essentially held that all of the S corporation income was wages. That left open the question of whether the technique would work for less greedy taxpayers who paid themselves a meaningful salary a la John Edwards.

Arguably, that case has yet to be litigated. But there are two cases where the taxpayer either paid or was supposed to have paid a modest salary, curiously the same amount in both cases, $24,000 per year. The two cases are Watson v. Unied States, 107 AFTR2d 311 (IA DC 2010), aff’d 668 F.3d 1008 (8th Cir. 2012) and McAlary v. Commissioner, T.C. Summ. Op. 2013-62. Both cases rejected the $24,000 salary as too small. But neither case concluded that that the net income of the S corporation was wages. Instead, following John Edwards’ lead, the courts looked to what, essentially, the average similarly situated taxpayer earned instead of what the taxpayer earned from his services.

It is curious that the McAlary decision was assigned to a special trial judge as an S case (i.e. a small tax case, which cannot be cited as precedent). Arguably, it was a case of first impression in the Tax Court. At a minimum, it was worthy of a TC Memo decision. It may have simply slipped through the cracks. Taxpayers apply for S status, and it may have been granted without recognizing what was at stake. (Thanks to Taxprof professors Jensen, Lederman, McMahon, and Todd who brought me up to speed on S cases.)

There is another outstanding, related issue that, to my knowledge, has not been addressed by any court. What if a taxpayer builds up capital within his S corporation (or other business) and that capital generates income. How should it be taxed? Should it be classified as nonwage income as income from capital typically is? How does a court decide how much income is from services and how much from capital? An ABA Task Force looked at this issue many years ago and made recommendations, but alas neither the Service nor the courts took the hand-off. These are important questions that need to be addressed, and might have been relevant in McAlary. There the real estate broker had built up his business and had several sales agents working for him. Perhaps they represented a kind of capital on which part of the income was generated.

At this point it is full speed ahead for those who want to use the John Edwards technique and are willing to pay themselves a meaningful salary, albeit one possibly well below their actual earnings. It is common for tax advisors to suggest that the taxpayer take a salary equal to the social security tax cap. Until the courts come to their senses, there is no reason for tax advisors not to continue to give that advice.

T.C. Summary Opinion 2013-62 (McAlary, http://www.ustaxcourt.gov/InOpHistoric/McAlary.SUM.WPD.pdf) is amazing. Professor Schwidetzky has it absolutely right. Suppose Dr. Roe earns high labor income some years, low in others. He becomes an S-corporation, with zero capital. That’s not supposed to change his tax situation, right? But in deciding his S-corporation labor income for tax purposes, the court didn’t use that tax principle, even though it’s Tax Court. Instead, it used the corporation law principle of something like the business judgement rule--- how low a salary wouldn’t be ridiculous for that industry? So it calls for expert witnesses to tell the court how much other doctors make in labor income, even though it knows exactly how much *this* doctor made.
If Dr. Roe puts in some capital for office expenses, that only makes things a little harder. It’s actually far far easier for an expert witness to accurately estimate a cost of capital than someone’s market wage. But we can put in a simple safe harbor for tax purposes. Just require the taxpayer to keep track of how much capital he puts in and give it a return of 5% over the IRS late-payment rate each year.
For a safe harbor, we need a notice-and-comment regulation or an IRS declaration of enforcement policy. Otherwise, even just a court ruling would be OK. This decision is a S(mall) one though, so it can’t be appealed. Even if it could be, the taxpayer would be well advised not to appeal it, because the IRS was extremely modest in its tax demand, and amici following the ideas here would ask the court to more than double it. (Can a court do that in a tax case?)