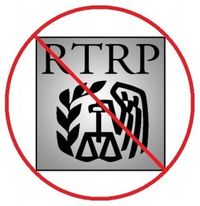 The Obama administration on Tuesday defended its effort to regulate the tax return preparation business for the first time in U.S. history, basing its case largely on a 19th century law dealing with horses lost or killed in the Civil War.

At an appellate court hearing on a challenge brought by libertarian lawyers challenging the administration, Justice Department Tax Division lawyer Gilbert Rothenberg said: "I hate to beat a dead horse, especially one from the Civil War era."

But he explained that the administration sees the "Horse Act of 1884" as providing ample authority for the IRS to regulate the tens of thousands of preparers who fill out millions of Americans' federal tax returns.

A three-judge panel of the U.S. Court of Appeals for the District of Columbia Circuit heard the administration's argument. Rothenberg said the IRS should be allowed to force tax return preparers -- who are now unregulated -- to pass a competency test and take annual continuing education classes.

But the Institute for Justice, a libertarian advocacy law firm, disagreed. "Congress never gave the IRS authority to regulate tax preparers," said Dan Alban, an attorney for the institute.

The case has broad implications for the industry, which includes H&R Block Inc, a few mid-tier companies and thousands of tiny, mom-and-pop firms.

A decision from the judges is still months away. In oral arguments, the judges -- all appointed by Republican presidents -- gave no clear sign of how they will rule, yea or neigh. But they did question why the IRS was citing an 1884 law to justify trying to police tax return preparers in 2013.

In oral argument today, the D.C. federal appeals court appeared ready to throw cold water on the IRS’s claim to have the authority to regulate income tax return preparers under a 130-year-old statute. The case is just the latest to arise following President Obama’s push for the executive branch to take more and bolder actions without seeking congressional authorization. ...

If oral argument is any indication, the court will likely find that the statute simply does not give the IRS the authority to regulate the enormous class of preparers, and if the reasons for doing so were as strong as the agency claims, it should have sought authorization from Congress—just as the Constitution requires.

Tax Analysts reports ($link) that the judges hearing the IRS appeal of the D.C. District Court’s shutdown of Doug Shulman’s preparer regulation power grab do not appear inclined to reverse it:

The D.C. Circuit during September 24 oral arguments in Loving v. IRS, No. 13-5061 (D.C. Cir. 2013), expressed skepticism that the IRS possesses the statutory authority to implement its tax return preparer program. Stuart J. Bassin of Baker & Hostetler LLP said that the oral arguments did not go well for the government and that it didn’t appear as if the court was “buying what the government was selling.”

This subject really pisses me off. Knowing that this was coming I paid to prepare for the RTRP Exam, paid to take the Exam, paid for CPE's for "What"!!!!!!

They have zero authority from congress, so they try and get it from an 1880 law on horses. Is there no limit on the lawless power grabbing of this administration.

This is the IRS which can't be counted on to give an accurate answer to our tax questions?

Ruth... not only a competency test, but a lie detector test.

Laughable that incompetents at the IRS want to require private tax preparers to take a competency exam. Research how often the IRS doles out incorrect answers regarding tax preparation. They are criminals.

I'd like to see the IRS employees have to pass a competency test.

Will the IRS refund my annual fees for the right to prepare tax returns? Not likely.

This agency needs to be buried in that same grave with those dead horses - it will complete the anatomy.