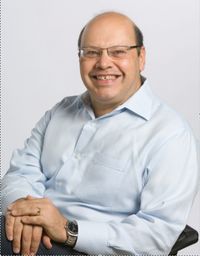 Reuven Avi-Yonah (Michigan) presents And Yet It Moves:  A Tax Paradigm for the 21st Century at McGill today as part of its 4th Annual Tax Policy Colloquium hosted by Allison Christians:

A central premise of tax scholarship of the last thirty years has been the greater mobility of capital than labor. Recently, scholars such as Edward Kleinbard have recommended that the US adopt a variant of the 'dual income tax' model used by the Scandinavian countries, under which income from capital is subject to significantly lower rates than labor income because of its supposedly greater mobility. This article argues that the premise upon which this argument is built is mistaken, because for individual US taxpayers (as opposed to corporations), there are significant limitations on their ability to avoid tax by moving their capital overseas. Moreover, if we focus on those taxpayers that pay the bulk of the income tax (i.e., the upper middle class and the rich), the data suggest that their ability to legally avoid taxation by expatriation is not significantly lower than their ability to evade it by moving capital, and lower income taxpayers are able to avoid both the income tax and the payroll tax (as well as a VAT) by emigration. The article will then develop the policy implications, suggesting that income from labor and capital should be subject to similar rates, but that these rates should be congruent with the price the US population is willing to pay for public services.