The 100 Most Influential People in Tax and Accounting 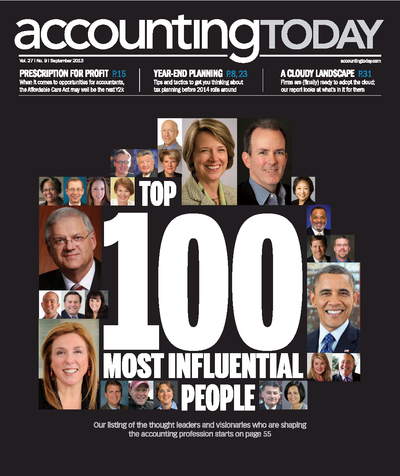 I am honored to be included on the list of Accounting Today's 100 Most Influential People in Tax and Accounting for the eighth year in a row:

Caron once stood out as one of the few serious tax bloggers out there; now that there are a lot more tax blogs online, he stands out even more -- because they all refer to him and his near-comprehensive content.

Near-comprehensive?  In any event, I am flattered to be on the list with such high-powered people in the tax and accounting worlds, including:

Paul,
congradulations for the achievement. Some day I hope I will be like you.

But no Grover Norquist? He has to be more influential then any single legislator.

Quick thought, very few on the list are involved in the daily practice of accounting and tax. I think this list would be different for the legal profession.