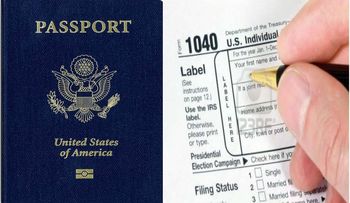 The U.S.'s crackdown on global tax evaders is leading to a record number of people renouncing their citizenship, and its effects are being felt keenly in Asia—now the world's wealthiest region by household assets.

A growing number of wealthy Americans in Asia—and others with green cards—are exploring whether to renounce their U.S. citizenship or give up their green cards to avoid onerous tax obligations.

Globally, more U.S. citizens have renounced their citizenship in the first and second quarters than all of 2012 combined, and 2013 is already on track to becoming a record year for renunciations. ...

In Hong Kong, where the individual tax rate is capped at 15%, becoming a citizen is an attractive prospect. But some U.S. citizens say they are exasperated by a growing raft of paperwork that forces U.S. citizens living abroad to declare the minutiae their financial holdings and other assets. "My decision was less about the actual amount of taxes I had to pay, and more about the system," said one investment banker, who renounced his U.S. citizenship and is now a Hong Kong citizen. "I'm not an ultrawealthy dude. It was the hassle with all the paperwork"

Listed below are links to weblogs that reference WSJ: More Expats Balk at Tax Law, Renounce Their U.S. Citizenship :

This explains easy illegal immigration.
Like the pharoah, Washington makes money by making it hard to leave, the let my people go crap.