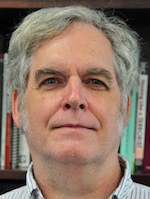 Study after study shows that baby-boomer professors aren’t retiring. Between the hits their 401ks took during the recession and fears of stepping off into an intellectual abyss, many academics have both financial and personal interest in significantly delaying retirement or rejecting it altogether.

But Philip Schrodt says that if you’re honest, “You just know when it’s time to quit.” And that’s what the former professor of political science at Pennsylvania State University has done, after 40 years in academe (and 31 years as a tenured professor). A day after receiving his last paycheck from Penn State, Schrodt took to his blog to explain why he decided to retire at 62.

The post, called Going Feral! Or ‘So Long and Thanks for All the Fish' (the latter part a reference to the Douglas Adams book The Hitchhiker's Guide to the Galaxy) is funny and biting in its critique of academe and professors of his generation who have lost their passion for their jobs but are hanging on to their paychecks. It’s also attracting lots of attention for its unorthodox take on tenure, at least from a tenured professor. ... "I’ve left to pursue other opportunities and get my fat Boomer butt out of the way. ... Or as I prefer to think of it, ‘going feral.’” ...

After a certain point, he says, it’s simply someone else’s turn. ... The political scientist also attributes part of his decision to retire now to Penn State, which he calls “phenomenally weird, following a North Korean governance model without the transparency” and an “authoritarian hellhole.”

Listed below are links to weblogs that reference Tenured Prof Retires His 'Boomer Butt,' Leaves 'Authoritarian Hellhole' of Penn State:

Read the linked article; quite interesting. He's candid and accurate about the nature of research and theory in his field. BTW he spent 21 years at the U. of Kansas and arrived at PennState in 2010, so he hardly "spent 35 years mooching off the taxpayers of Pennsylvania". Also, "North Korea without the transparency" is a good way to describe the top-down management style of many educational institutions. Best wishes to Professor Schrodt.

Great talks today at the Willow Creek Leadership Summit about why people leave jobs. They were spot on as to why I too retired from the University of Illinois at age 62 two years ago. Looking back, it was exactly the right thing to do, and I'm so glad I did.

He's retiring to pursue other opportunities. Damn, I'd love to hear about them in more detail. I hear there's a big flea market in Selinsgrove every weekend.

Michael Livingston: "People who aren't making constructive use of their jobs should retire regardless of age."

There's no reason not to think Philip Schrodt wasn't doing his job right up to the minute he retired. Frankly anyone with the wit to use a phrase like "North Korean governance without the transparency" was probably doing a great job. He probably just didn't want to work in a place run by for loony lefty administrators anymore. Makes perfect sense to me.

Only another professor would consider this retirement, after 35 years of mooching from the hard-working people of Pennsylvania, an ennobling event.
Piss off, the lot of you Humanities leeches.

Michael's right. And I'm just the guy to decide who is and who isn't making constructive use of their jobs. The federal government will be paying me 6 figures to tour the country and make these decisions on a case by case basis. You're welcome.

I quit academia before I even started - after taking al the courswork for a doctorate - because I could see that universities were cesspools of leftism and groupthink. Who wants to hang out among moron college profs anyway? They're almost all idiots now. No intellectual rigor at all.

I plan on retiring when they scrape my festering corpse out of my home-office chair. Who can afford to retire in The Age of Obama?

I'm working on three books and supervising numerous projects. So I don't feel any particular urgency to "getting my butt out of the way." People who aren't making constructive use of their jobs should retire regardless of age.