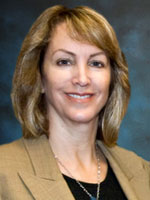 Terry Jill Adamson, Distinguished Jurist in Residence at Pepperdine, and her family were involved in a horrific hot air balloon accident this morning in Switzerland. From the Malibu Times:

Grant Adamson, descendant of Malibu’s first family, was killed early Tuesday morning when a hot air balloon carrying him and his family crashed near the western Swiss town of Montbovon, according to multiple news reports. Adamson’s wife Terry, 55, and his daughters, 24 and 20, reportedly sustained life-threatening injuries.

Police in the state of Fribourg say Adamson, 55, died at the scene when the balloon fell 165 feet after crashing into an electric power line while attempting to land at 8:35 a.m., after a two-hour flight from the town of Chateau-d’Oex, according to the Associated Press. Terry Adamson and the two daughters were evacuated to the hospital by helicopter.

My heart aches that this lovely family must endure such a tradgedy.They will be surrounded by love.Lets pray hard for them.