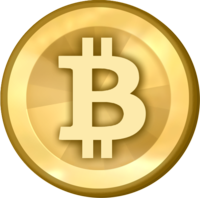 This short essay describes the mechanisms by which cryptocurrencies—a subcategory of virtual currencies—could replace tax havens as the weapon-of-choice for tax-evaders. I argue such outcome is reasonably expected in the foreseeable future due to the contemporary convergence of two processes. The first process is the increasing popularity of cryptocurrencies, of which Bitcoin is the most widely recognized example. The second process is the transformation of financial intermediaries to agents in the service of tax authorities in the fight against offshore tax evasion. Financial institutions are faced with increased governmental pressure to deliver information about account holders, to withhold taxes from earnings accumulating in financial accounts, and to remit such taxes to taxing authorities around the world. Significantly, cryptocurrencies possess all the traditional characteristics that tax haves do; Earnings are not subject to taxation, and taxpayers’ anonymity is maintained. The operation of cryptocurrencies, however, is not dependent on the existence of financial intermediaries. Thus, cryptocurrencies have the potential of defeating the recent successes of governments in battling offshore tax evasion. I further suggest that while governments have paid some attention to the issue, they have so far failed to identify the acuteness of the potential problem.

Listed below are links to weblogs that reference Marian: Is Bitcoin the New Tax Haven?:

It is unlikely that Bitcoin will replace tax havens. Right now Bitcoins are used by software programmers, anarchists and people under the age of 25. The largest market for Bitcoins is Argentina. However, bitcoins are not on the radar of any high net worth individuals that actually have assets to hide. In sum, I don't think Bitcoin will be a new tax haven.