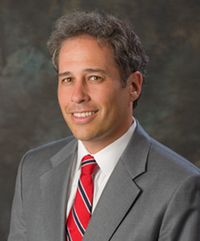 I last posted here when the Windsor decision came out in June. In that post, I wondered how, without DOMA, the federal government would define marriage for same-sex couples for the purposes of the tax code. In his Windsor dissent, Justice Scalia posed a series of tax questions related to the full-faith and credit issue post-DOMA.

The thumbnail sketch of the problem is as follows. Section 3 of DOMA created a federal definition of marriage for the purpose of federal statutes. Having struck down Section 3 in Windsor, the Court allows state law to define marriage. The U.S. Department of the Treasury (“Treasury”) must now determine which state’s definition of marriage applies for federal tax purposes: the state where the couple married (state of ceremony) or the state where the couple resides (state of domicile).

Either choice would result in various distortions and opportunities for taxpayers. Yesterday, Treasury issued Revenue Rule 2013-17, in which Treasury (and thus the IRS) stated that, for federal tax purposes, same-sex couples legally married in jurisdictions that recognize their marriages will be treated as married regardless of whether the state of domicile recognizes that marriage. In other words, Treasury chose the state of ceremony as determinative for federal tax purposes. This was not surprising based on numerous prior statements by the administration and the actions of other administrative agencies (e.g., DHS).

Why is this ruling important?

Let’s examine the problem that Justice Scalia envisions in his dissent. He posits that a couple was married in New York and then moved to Alabama. The marriage was valid in New York but not valid under Alabama’s state DOMA. If Treasury were to apply the state of ceremony analysis, the marriage would be valid and the couple would be treated as married for federal tax purposes. If Treasury applied the state of domicile analysis, the couple would not be married for federal tax purposes. If state of domicile were determinative, then couples could game the system by choosing the state to live in based on the best tax outcome. It would seem at first blush that Treasury had no choice but to choose the state of ceremony position.

Did Treasury act properly? Until the Revenue Ruling was issued yesterday, taxpayers did not know which state’s law would apply to them. Despite the statements within the Revenue Ruling, the answer is not so clear-cut. In William Baude’s important law review article, Beyond DOMA: Choice of State Law in Federal Statutes, 64 Stan. L. Rev. 1371 (2013), he demonstrates there would be no clear determination of the choice of law without some type of action by either Congress, the Executive or the Courts. If one believes his premise, then the Treasury acted properly. You can see this in the text of the ruling. In order to justify its position, Treasury dedicated over half of the ruling to an explanation of why this action was within the scope of the agency’s interpretive powers of the term “marriage.” The administrative law analysis of the agency action is beyond the scope of this post, but there will be much to follow about whether Treasury’s assessment of the scope of its interpretive powers is correct.

Assuming arguendo that Treasury acted properly, once the Treasury elected to interpret the term “marriage” by holding that the state of ceremony governs, a series of second order problems will now come to the forefront. Ruth Mason’s highlights some of the problems in Delegating Up: State Conformity with The Federal Tax Base, 62 Duke L.J. 1267 (2013). She discusses the implication of this very decision for state income tax purposes. She discusses why states, for various reasons, must use the federal tax base. Failure to conform to the base will result in numerous costs to the states, e.g., administrative, legislative, and base (taxpayer movement) costs. Despite the high costs to decouple from the federal tax base, she specifically addresses this type of politically charged policy difference. Her ultimate conclusion is that states may elect out from using the federal base to determine the state tax.

Will states elect out? First, there are thirty-one states that prohibit a state from recognizing a valid same-sex marriage from another state. Assuming that these states have a strong policy preference for not recognizing the same-sex marriage, it would appear that they must act to decouple their definitions of gross income from the federal definition (because the federal definition would recognize the marriage under the Revenue Ruling). It would appear that state legislatures and revenue officers will be busy in the near future.

What happens once states elect out? Some the gaming that Ted Seto described at the federal level (Theodore P. Seto, The Unintended Tax Advantages of Gay Marriage, 65 Wash. & Lee L. REV. 1529 (2008)) would now be available at the state level. For example, a same-sex couple that was married and lived in Sacramento, California could move to Nevada because they want to engage in a sale of a business. In order to minimize the tax, they want to sell to each other and then to the third party. Under the Revenue Ruling, they would be married and the related party rules would apply. But if Nevada decouples from federal definitions, for state tax purposes, there may be no state tax or less state tax due.

Finally, I am working on a Tax Notes piece that will describe the estate and gift tax implications of the treasury decision. For now, it is enough to say that there would be significant problems for the Windsors if they died in a state with an independent estate or gift tax. For example, assume a same-sex couple was validly married in a state and then went to a state with an independent gift tax. If that state had a state DOMA, then the marriage would not be recognized for state purposes. Thus under the Revenue Ruling, a gift between the spouses would not be taxable at the federal level because of the unlimited marital deduction. However, for the state gift tax purposes, the gift would generate state gift tax because they were not married for state purposes. This is purely a theoretical problem currently, as only Minnesota and Connecticut have an independent gift tax and both states recognize same-sex marriage. However, as states decouple from the tax base, it is not unlikely that they would consider adding an independent gift tax.

Listed below are links to weblogs that reference Herzig: Rev. Rul. 2013-17, Gay Marriage, and Taxes:

Everyone wants to talk about same-sex marriage. No one talks about same-sex divorce. Except, of course, for Texas Attorney General Greg Abbott, who in November will argue before the Texas Supreme Court that same-sex couples do not have access to Texas courts if they want to dissolve their marriage.

Now they have split, just as IRS tells them that they must file as married and pay more tax. The IRS ruling should have allowed such couples to "opt in" to married status for federal tax purposes. Such an election, however, would have been too fair and equitable. So what is Plan B? Will federal District Courts start hearing divorce cases, from parties seeking a judgment that they are no longer married for federal tax purposes?

" It would seem at first blush that Treasury had no choice but to choose the state of ceremony position."

Well, especially since Windsor married in Canada and lived in a state that at the time did not recognize same-sex marriage.

"However, as states decouple from the tax base, it is not unlikely that they would consider adding an independent gift tax."

Because those state legislatures that oppose same-sex marriage have a predilection for tax increases on wealthy voters?

Hey, David, nice article, but a quibble about your example. Nevada has no state income tax. Use Oregon instead.