Will IRS Strike Out in Estate Tax Litigation Over Valuation of Minnesota Twins? 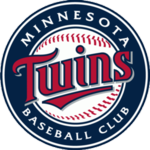 When long time Forbes 400 member and Minnesota Twins owner Carl Pohlad died in January 2009 at the age of 93, construction of the primarily taxpayer-financed stadium that the famously penny-pinching dealmaker had sought for years was finally underway. A few months later, Forbes valued the Twins at $356 million and boosted that to $405 million after Target Field opened in 2010. Today, we estimate the major league baseball team is worth $578 million.

Don’t count the Pohlad heirs out. The suit provides a glimpse of how currently legal wealth transfer techniques can shield the well-advised uber-rich from the brunt of estate and gift taxes, provided they plan ahead. ...

John W. Porter, a Baker Botts partner and top FLP litigator who is representing the estate in the Tax Court case, told Forbes that the family disagrees with the IRS over more than just how steeply the ownership positions should be discounted for the selling restrictions and lack of control attached to them. He said the IRS also started with a far too high gross valuation for the Twins franchise that didn’t sufficiently account for the team’s debt or “what was going on in the country, and financial markets around the world” at the time of Pohlad’s death in January 2009. Porter wouldn’t say what value the IRS or the estate put on the franchise, but asserted the IRS’ valuation was out of line with the two most recent MLB team sales before 2009—Major League Baseball’s 2006 sale of the Washington Nationals franchise to billionaire real estate developer Ted Lerner for $450 million and the 2007 stock and asset swap in which billionaire John Malone’s Liberty Media acquired the Atlanta Braves from Time Warner. That deal valued the Braves at $450 million.

Listed below are links to weblogs that reference Will IRS Strike Out in Estate Tax Litigation Over Valuation of Minnesota Twins?: