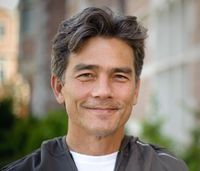 I fear my criticisms of Simkovic and McIntyre's million dollar law degree study, and their responses [links below], have produced more heat than light. No doubt I bear substantial responsibility for this because I have been in attack mode throughout. Perhaps I can bring this debate to a more useful level by indicating how my position can be reconciled with theirs.

We use different frameworks of analysis. My analysis in Failing Law Schools was avowedly short term (I said next 5 to 10 years) and focused on the financial risk of attending particular bands of law schools (especially expensive law schools with poor employment results). Their analysis is long term (looking at the return over an entire career) and covers the entire pool of law grads.

Their study has convinced me that I was wrong to exclusively focus on the short term--the long term return at the 25th percentile is better than I would have guessed (assuming the validity of their numbers for the sake of this discussion, although the doubts I raised remain). For two reasons, however, I continue to believe my short term analysis is more appropriate. First, the legal employment market remains very poor (even as the general economy has improved), and economists agree that people who enter job markets during down times suffer lower lifetime earnings. No one knows when the turn-around will happen and how strong the recovery will be--the people who entered law school in 2009 and 2010 betting that the job market would improve are now struggling. Second, as Simkovic and MacIntyre acknowledge, the risks differ by individual school. They suggest that IBR helps mitigates this risk for those grads who cannot manage the debt, and I agree; yet IBR cannot be considered entirely positive (20 years on a debt relief program with a potentially large tax hit at the end). Both considerations reduce the chance that students who enter particularly risky law schools today will achieve the lifetime earnings value found in their study at the 25th percentile (I care only about the bottom, where the risk of a negative return is greatest).

So perhaps our fundamental difference comes down to this question: When thinking about the risks and returns of attending law school today, is the short term or the long term perspective more illuminating? Of course both should be kept in mind (ignoring the long term was my error), but which one counts for more?

Listed below are links to weblogs that reference Tamanaha: Short Term Versus Long Term Perspective:

In response to several questions by email, I want to clarify that I do not believe the doubts I raised about their study in the previous three posts in this series have been answered satisfactorily. Setting that aside, I have written this post to see if we can find some common ground.