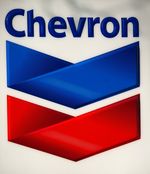 It is well-known that the Supreme Court’s Chevron decision has generated substantial commentary. In light of this voluminous Chevron commentary, it is surprising that one important aspect of Chevron has generated relatively little discussion in that commentary. That aspect is the conflict between Chevron’s mandate that a court must defer to an agency’s reasonable interpretation of a statute that the agency administers and the rule in the Administrative Procedure Act that “the reviewing court shall … interpret … statutory provisions.” The Chevron decision did not even refer to the APA’s judicial review provisions, much less provide any explanation of how the concept of Chevron deference might be reconciled with the APA’s clear assignment of interpretative authority to courts rather than agencies.

The reality of this conflict is confirmed by the fact that the APA exempts from the notice and comment requirements that ordinarily apply to agency rulemaking those rules that are “interpretative.” Since the APA directs that it is courts, rather than agencies, that are the authoritative interpreters of statutory provisions, it is appropriate that agency rules that interpret statutory provisions are not required to comply with the notice and comment requirements because such rules cannot in any event have the force of law. However, as an additional negative collateral consequence of Chevron’s failure to give effect to the APA’s judicial review provisions, this sensible understanding of the meaning of the exemption of “interpretative rules” from the notice and comment requirements has not been adopted by the courts, leading instead to confusion and a substantial lack of predictability regarding the meaning of this exemption and the content of the category of “interpretative rules.”

However, despite the clear conflict between Chevron and the APA, it is unlikely that the Supreme Court will overrule Chevron to resolve this conflict, in light of the substantial number of cases where Chevron has been applied and the uncertainty that would be created by such an overruling for the issues that have been decided in these cases. Nevertheless, drawing the Supreme Court’s attention to this conflict might prompt a clarification of Chevron that would bring the operation of Chevron closer to what the APA requires in terms of the assignment of responsibilities between courts and agencies by requiring a more vigorous attempt by the courts to discern the meaning of the statutory provision at issue, thereby making it more likely that issues of statutory interpretation would be resolved with a judicial interpretation of a statutory provision at step one of the two-part Chevron test rather than with an agency interpretation at Chevron step two.

Listed below are links to weblogs that reference Smith: Chevron's Conflict with the Administrative Procedure Act: